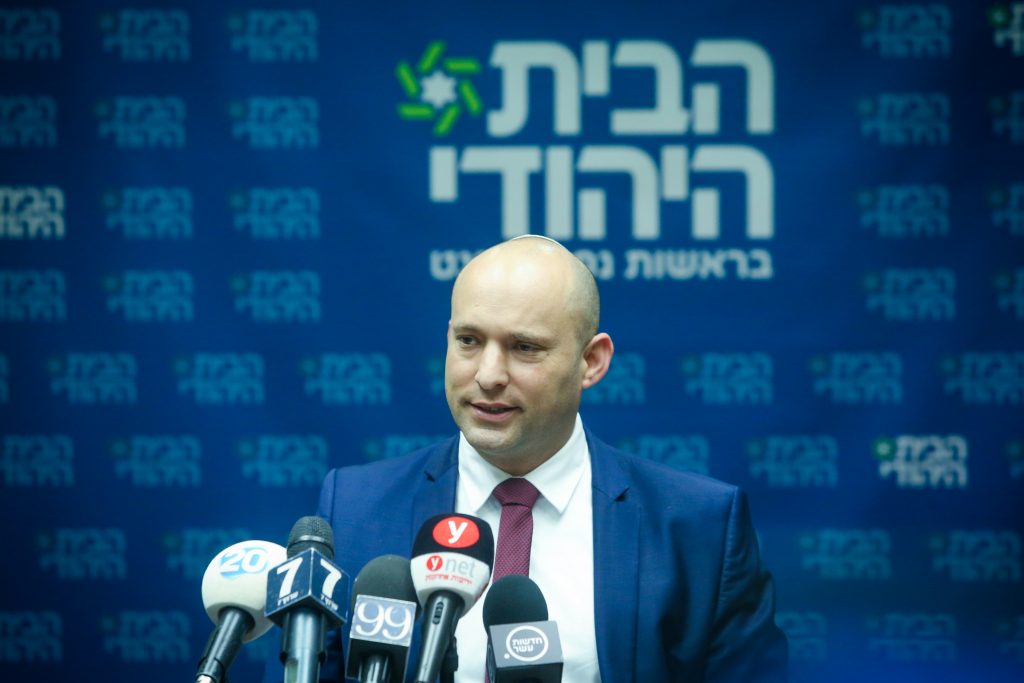 Jewish Home party leaders unveiled their legislative proposal to assert the authority of the Knesset over the High Court, the latest stage in the struggle for power between Israel’s left-wing judiciary and right-wing politicians.

The draft bill seeks to prevent the courts from striking down at least some laws passed by the Knesset.

It provides for the Knesset to be able to pass a Basic Law with a majority of at least 61 members in each of its three plenary readings. Only laws submitted by the cabinet, the Knesset’s Constitution, Law and Justice Committee, or a minimum of 20 MKs will be impervious to judicial reversal.

The draft further limits the court’s capacity to intervene in legislative acts by requiring a special panel of nine justices with a two-thirds majority.

But even in the event the justices can assemble that majority, the Knesset will still be able to enact the law with a majority of 61 MKs, for up to five years, and with the option of renewing it after that time, according to the draft.

Jewish Home chairman Naftali Bennet told Hadashot on Tuesday: “Today we are telling the High Court: ‘Not everything is subject to the court.’ The government should govern and judges should judge. The Basic Law on Legislation will define in a balanced manner the boundaries between the various authorities.”

“Judicial activism severely damaged Israeli democracy when it removed the people’s right to vote,” Justice Minister Ayelet Shaked (Jewish Home) said: “The Basic Law on Legislation will restore the norm formerly practiced in the State of Israel and will clearly define the boundaries of judicial review, the legislative process, the enactment of Basic Laws and the dialogue between the court and the Knesset.”

The move was adopted in response to a series of High Court rulings that struck down major legislation and government policy, including military exemptions for yeshivah students, detaining illegal migrants and most recently the Court’s six-month ultimatum to either return Hamas terrorist bodies or pass a new law.