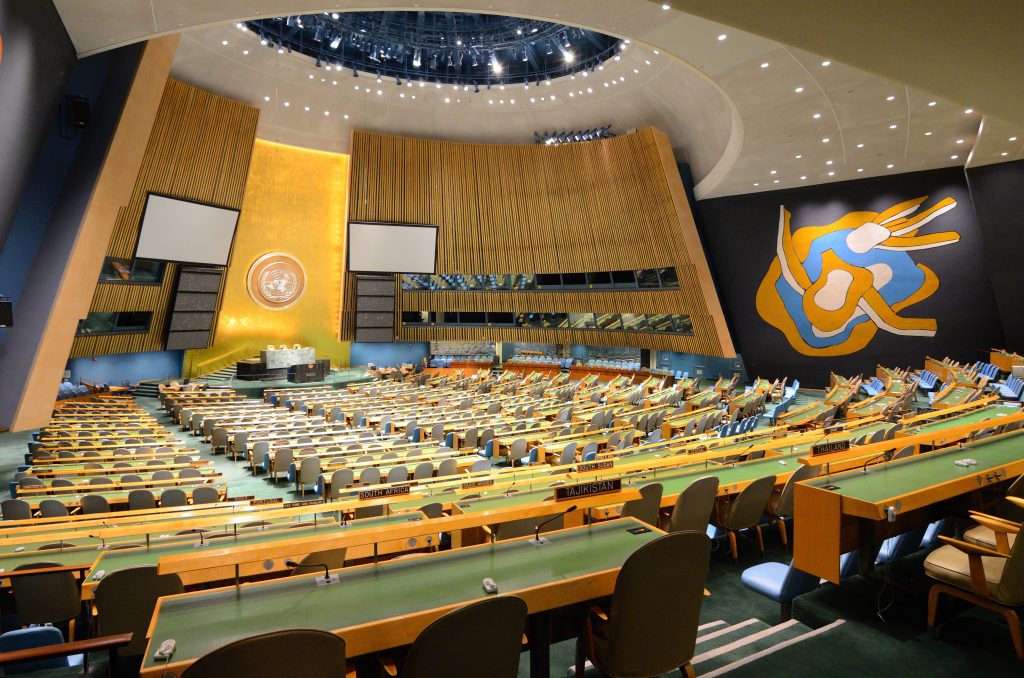 The battle against a U.N. resolution rejecting the U.S. recognition of Yerushalayim as Israel’s capital isn’t over.

The U.S. veto defeated 14 raised hands in favor at the Security Council earlier this week, but the Palestinians have taken the issue to the General Assembly for a vote on Thursday, and Israeli diplomats at the international body were put on high alert.

The Foreign Ministry on Tuesday instructed its embassies to lobby their host countries against the measure, stressing that it is one-sided, may generate more violence and will harm prospects for peace.

Knowing in advance that the U.S. would veto Monday’s Security Council resolution, the Israeli delegation refrained from mounting the kind of intensive lobbying effort it has in the past in such situations.

“Since we knew the U.S. would veto the resolution, we didn’t want to waste our ammunition,” one official explained to The Jerusalem Post.

The 14-1 vote at the Security Council did not bode well for Israel’s chances in the General Assembly. Among the countries on the Council on Israeli Prime Minister Binyamin Netanyahu’s list of hopefuls for a pro-Israel future at the U.N. —

Uruguay, Ethiopia, Japan and Ukraine — all voted for the resolution.

While the General Assembly is beyond the reach of a U.S. veto, unlike the Security Council its resolutions are non-binding. However, the Palestinians and their allies hope that passage of such a resolution, especially if carried by a heavy majority, will serve to further isolate Israel and the U.S. and strengthen the Palestinian bargaining position.

“Now…we will carry the resolution to the U.N. General Assembly,” Erdogan said in a joint news conference with the Djibouti’s President Ismail Omar Guelleh. “A two-thirds support in the General Assembly would actually mean the rejection of the decision made by the Security Council,” he added.