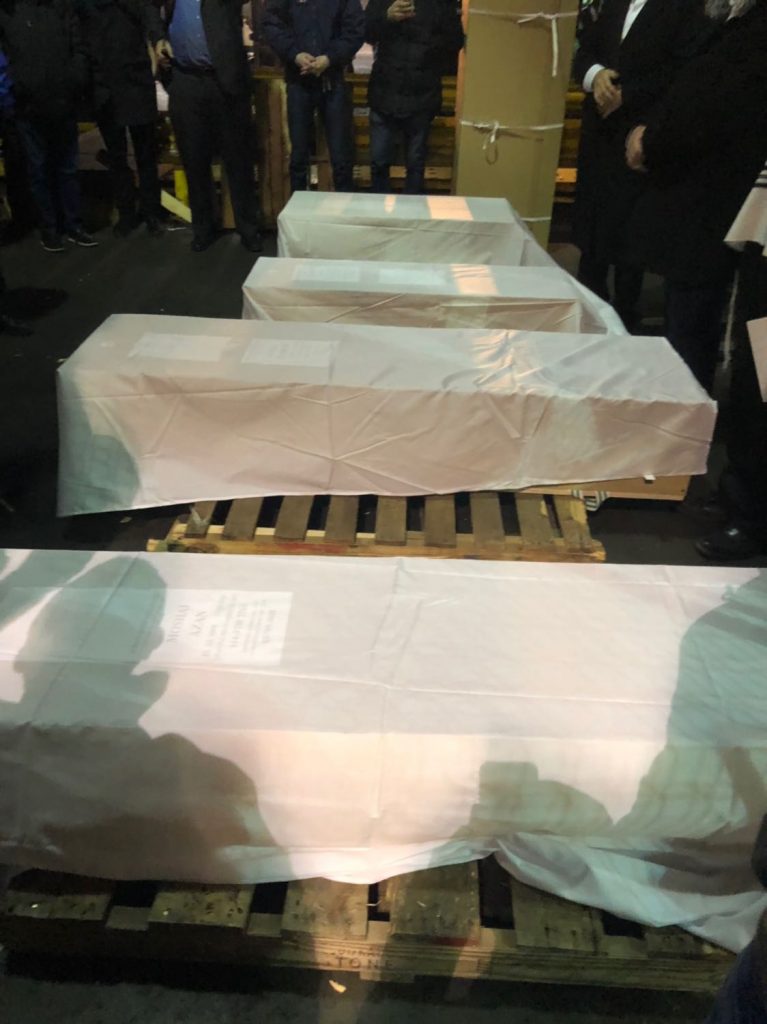 As the community mourns the deadly fire Monday at the Azan home in Midwood, Hamodia spoke with several rabbanim close to the family, who shared their memories of the family and the lessons of this gezeira.

“Everybody loves Mr. Azan; he doesn’t have an enemy in the world,” said Rabbi David Jemal, rav at Har Halebanon, a shul on Ave. S and East 9th street where the Azan family often davened.

“Mrs. Azan loved her children so much – such very nice children – and she raised them in the Torah way.”

Mrs. Azan’s brother, ybl”c Jack Hamra, is chazzan at Har Halebanon. Many members of the extended Hamra family are singers as well.

Rabbi Jemal teaches pizmonim to the talmidim at a number of Sephardic yeshivot, including Ateret Torah, the Azan family’s yeshivah. Several weeks ago, he taught Chanukah songs to Yitzchak’s second-grade class, noting that “Yitzchak sang from the bottom of his heart.” He also taught pizmonim to Moshe’s fifth-grade class last year.

“The Azan children all sing so very beautifully.”

Regarding this unfathomable tragedy, Rabbi Jemal said, “This gezeira wasn’t only on this family. This was for everyone, both here and in Eretz Yisrael, where the Hamra family is so prominent: Hashem took karbanot, sending us a message to be mechazek in Torah, yirat Shamayim and ahavat chinam.”

“We don’t know the sodot,” the hidden ways of Hashem, but we may take comfort in the words of Chavakuk HaNavi, as explained by Yalkut Shimoni, said Rabbi Jemal.

Chavakuk says, “Hashem shamati shimacha yareisi” and, “Lamah tareini aven” – the Navi is fearful when he sees the apparent ways of the world, with bad things happening to good people and vice versa. But then we must remember the pasuk in Parshas Ha’azinu, “Hatzur tamim pa’alo, ki kol derachav mishpat, Kel emunah v’ain avel, tzadak v’yashar hu” – All the ways of Hashem are perfect and just.

“The family has a shem tov in the community,” said Rabbi Mansour, who lives several doors down from the Azans. “They are an exemplary family, with a home run al pi Torah, full of mitzvot and yirat shamayim. They always have a smile, are very upbeat and optimistic. This is the feeling we all get when we are around them.”

Rabbi Mansour notes that there were four tragic deaths in the fire, and in this week’s parshah, Vayigash, Yosef cries four times, “almost as if a premonition in our parshat hashevua, that there will be a gezeira that will cause four cryings; and here we see it come true.”

After a tragedy like this, what specifically should one be mechazek in?

“The Torah is big enough that everyone can choose what to be mechazek in,” said Rabbi Mansour, “but I will be speaking about bein adam lechavero, in keeping with the theme of the parshah, of Yosef’s interaction with his brothers.”

Rabbi Mansour notes that even the darkest times bring a ray of hope.

“There is a certain amount of tears that Klal Yisrael has to cry before the geulah comes; hopefully this was a very big deposit. This is part of the chevlei moshiach, the birthpangs of Moshiach. A big pang – toward the end, the pang comes worst, and that’s when you cry the most, but that means the baby is coming out soon.

“We must be mechazek, and may Hashem say ‘Dei,’ enough.”

A GoFundMe page has been set up, under the auspices of Rabbi David Ozeri, rav of Yad Yosef Torah Center, to assist the Azan family with obtaining a new home, medical care and many other expenses. Without any source of income for the foreseeable future, the goal of this campaign is to help ease their burden as much as possible. Donations can be made at https://www.gofundme.com/official-azan-family-fire-fund