Our Brethren Behind Bars 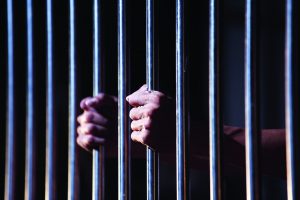 In homes and shuls across America, Jews lit neiros Chanukah and marked these elevated days with gratitude for past miracles and heartfelt prayers for the future.

Among those for whom this joyous eight-day period has been particularly challenging are those of our brethren languishing in city, state and federal prisons. It is virtually impossible for those on the outside to truly comprehend what life is like for an inmate. The mere notion that severe restrictions to one’s liberty will be the daily fare for months, years — and even decades — to come, can alone cause extreme havoc on one’s emotional wellbeing.

With visitation from family and friends often limited to one or two days a week and strict limits on telephone calls, loneliness and the feeling of being disconnected from society can often be unbearable. For observant Jews, the hardships are compounded. While the passage of the Religious Land Use and Institutionalized Persons Act (RLUIPA) and the subsequent Religious Freedom Restoration Act (RFRA) did much to help protect the religious rights of prisoners, in many cases, Jewish prisoners still find it extremely challenging to be an observant Jew behind bars. Unable to daven with a minyan, deprived of the sense of community that is a source of inspiration for free men, their options for keeping kosher are also extremely limited. Spending days and nights among hardened criminals exacts a toll as well, and it takes enormous resolve to stay strong.

Among the wide readership of Hamodia are more than 100 incarcerated prisoners who receive a free subscription. Some of them are frum from birth, some are just starting out on their quest to reclaim their heritage, and still others are somewhere in the middle. Throughout the year — and especially during Chanukah — they write to us to express their gratitude for giving them a precious connection to the global Jewish community and a desperately needed distraction from their plight.

“In my darkest times and not-so-good days, Hamodia would arrive and take my mind off any problems I may have had,” reads one recently arrived card.

Although we do not inquire about the reasons for their incarceration, their detailed letters often shed light on the circumstances that landed them behind bars. Some of them have indeed committed serious crimes. Others are guilty of financial offenses that in other countries would have been resolved with a fine and token prison time, yet under the U.S. penal system they have received a sentence longer than individuals convicted of manslaughter.

Some inmates have repaid and received forgiveness from their financial victims, and yet continue to sit behind bars in a system that allows no room for second chances. Others are victims themselves — of justice denied.

Though more than 90 percent of individuals charged with a crime plead guilty, that is not necessarily an indication that they actually committed the act of which they are being accused. The long list of individuals who have spent decades in prison only to later be exonerated underscores why innocent people would agree to take a plea deal that includes a significantly shorter sentence rather than take their chances with a jury.

The prevalent use of plea deals to convince individuals to testify against a co-defendant further undermines trust in the system. These individuals often have every reason to skew the truth and unfairly blame someone else, yet their testimony is accepted as fact by judges and juries alike.

While only a small fraction of inmates get to see their convictions overturned, all indications seem to be that a significant percentage of those currently incarcerated are being unfairly held.

We regret that we are unable to personally respond in a detailed way to each of the frequent letters we receive from prisoners, especially when they include requests that we are unable to fulfill. Yet we appreciate the feedback and every letter is carefully read and its contents are taken into consideration.

The plight of our brethren behind bars is something that must always be on the front burner of our communal conscience. We commend the valiant efforts of the organizations and individual volunteers who have taken upon themselves the obligation to try to assist Jews in jails, but all would agree that there is much more that can and needs to be done on their behalf.

We invite our readers — especially prisoners and those with relatives or friends in prison — to share their thoughts and insights about what we as a community and as individuals can do to make their plight a little easier and bring freedom to all those who deserve it.