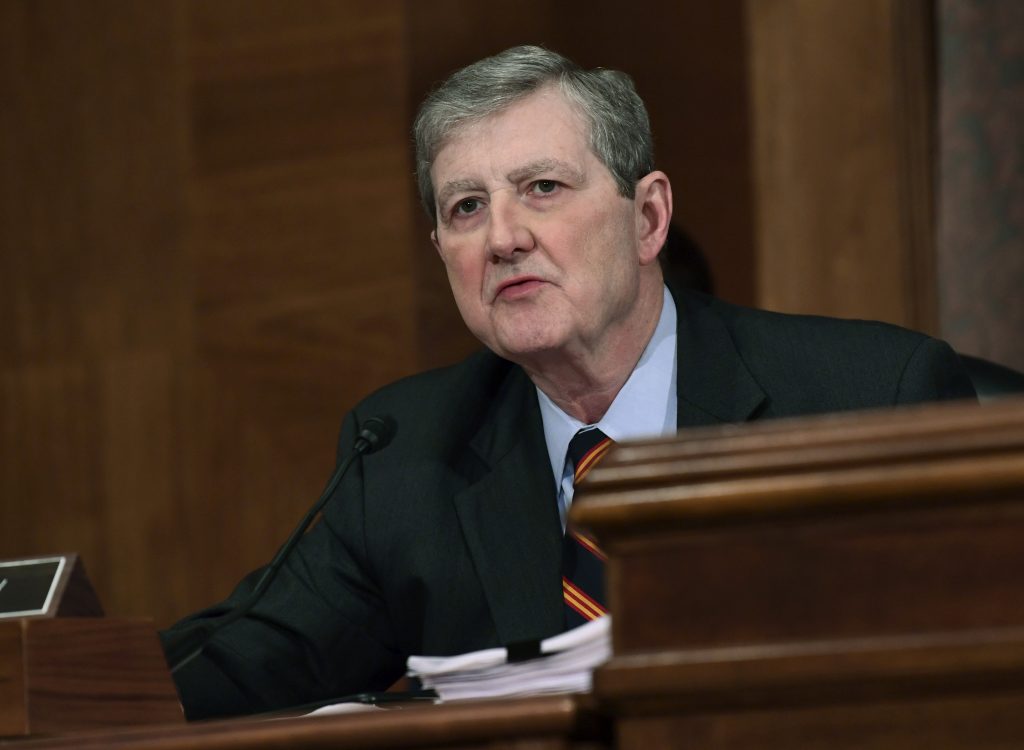 Matthew Peterson, nominated by Pres. Trump to the United States District Court for the District of Columbia, became an internet sensation after the video of his confirmation hearing — during which Peterson was unable to define basic legal terms — was posted online.

A White House official said Peterson withdrew from consideration and Pres. Trump accepted the withdrawal. The official spoke on condition of anonymity because the official was not authorized to discuss the development publicly.

During the confirmation hearing, Louisiana Sen. John Kennedy pressed Peterson, a member of the Federal Election Commission who testified he had never tried a case, on his qualifications to the bench.

Kennedy said in an interview Monday with WWL-TV in New Orleans that Pres. Trump called him Saturday and said he did not personally interview Petersen. Pres. Trump, according to Kennedy, said his staff chose the nominees.

“He has told me, ‘Kennedy, when some of my guys send someone who is not qualified, you do your job,'” Kennedy said in the interview.

Kennedy said he had no idea that Petersen lacked the experience for the post.

“Just because you’ve seen [ a film] doesn’t qualify you to be a federal judge,” Kennedy said, a reference to the 1992 film in which an inexperienced lawyer tries a big case. “And he has no litigation experience. And my job on the judiciary committee is to catch him. I would strongly suggest he not give up his day job.”