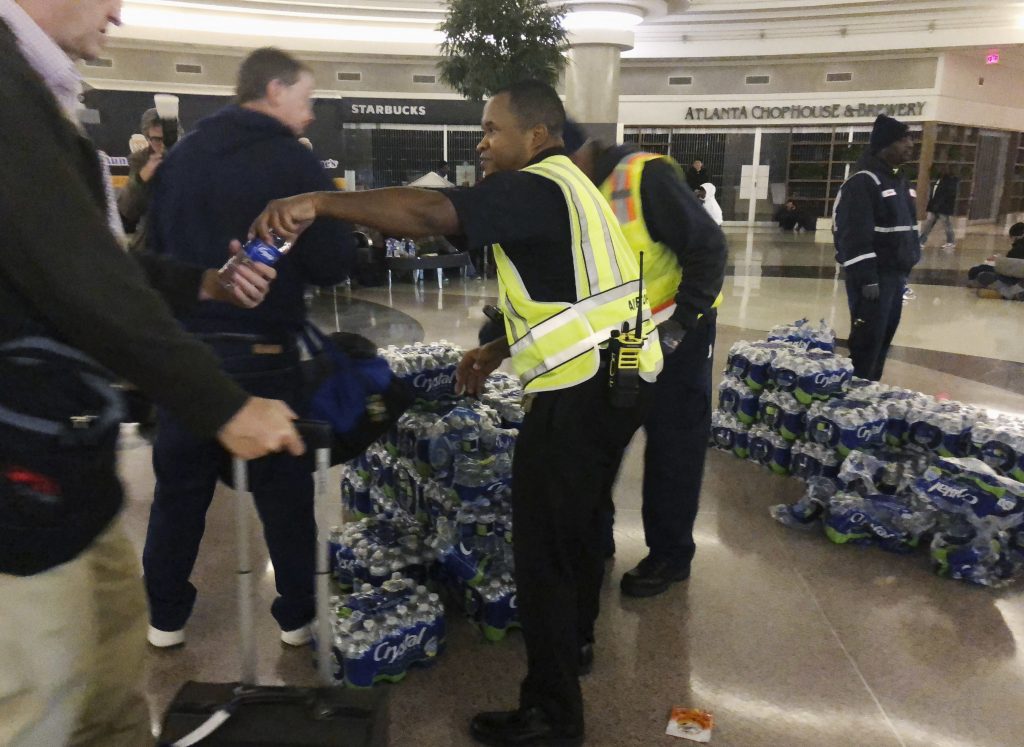 One of the heaviest travel weeks of the year began with the cancellation of more than 1,000 flights on Sunday at the world’s busiest airport in Atlanta, where a power outage that lasted nearly 11 hours left passengers stranded in darkened terminals or in aircraft idling on tarmacs.

Delta said it was canceling about 300 flights on Monday, on top of the 900 Sunday cancellations as a result of the Atlanta outage. United Air Lines also warned that travel on Monday may be affected.

The incident on Sunday led the Federal Aviation Administration to ground flights bound for Atlanta. American Airlines and Southwest Airlines were also among the major carriers that suspended operations at the airport on Sunday. Southwest canceled 70 departures on Sunday.

Georgia Power, the utility that provides electricity to the sprawling airport, said the failure was linked to a fire in an underground facility that damaged substations serving Hartsfield. The blaze, possibly started when a piece of gear failed, damaged access to a backup system, the company said.

All passengers had safely disembarked from aircraft by approximately 10 p.m., or nine hours after the outage began, Atlanta Mayor Kasim Reed said on Twitter.

The FAA said earlier that it was staffed to handle the expected resumption of commercial traffic on Monday.

Some stranded passengers found lodging in local hotels, and the city was providing shelter at the Georgia International Convention Center. By early Monday, airport officials said that they had served more than 5,000 meals for passengers.

“We’re just focusing on the comfort of our passengers,” Reed told a news conference on Sunday. “We know they have had a very, very long and difficult day.

Delta, hit hard because of its hub in Atlanta, said customers flying to or from the airport could make a one-time change to travel plans within certain guidelines. Other airlines also offered waiver for flight changes. Delta said its flight schedule in Atlanta was expected to return to normal by Monday afternoon.

For all carriers, more than 1,170 flights in or out of Hartsfield were scratched Sunday, airline tracking service FlightAware said.

The airport serves on average about 275,000 passengers each day, according to its website.