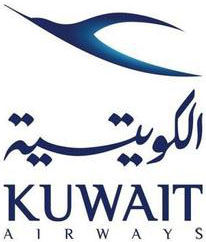 An Israeli citizen appealed on Monday against a German court’s ruling upholding Kuwait Airways’ right to ban him from boarding a flight due to his nationality, a legal decision that triggered sharp criticism from German officials and Jewish groups.

The appeal argues that the ruling accepted a racist Kuwaiti law and allowed the airline to override German laws requiring that airlines transport any passenger with valid travel documents, according to the Lawfare Project, which filed the appeal.

“We cannot allow our laws to be subverted by the state-sponsored racism of other nations,” said Nathan Gelbart, the German attorney for the group, which fights anti-Jewish and anti-Israeli discrimination around the world.

He said the decision by the Frankfurt district court had allowed “anti-Semitic discrimination to be imported into our country and helped whitewash and sanitize it.”

Kuwait Airways has not commented on the decision.

German Chancellor Angela Merkel and other top officials have vowed to fight anti-Semitism and xenophobia with the full force of the law in recent weeks after protests that included the burning of Israeli flags.

The Frankfurt court last month ruled Kuwait Airways had the right to refuse to carry the Israeli man on a flight to Bangkok that began in Frankfurt and included a stopover in Kuwait City since it was abiding by the laws of Kuwait, a country that does not recognize the state of Israel.

It said Germany’s anti-discrimination law applied only in cases of discrimination on the basis of race, ethnic background or religion, but not citizenship.

The ruling was sharply criticised by German government officials and the Central Council of Jews in Germany, which said the Kuwaiti law was reminiscent of Nazi policies.

Three German state parliaments in Bavaria, Hesse and North Rhine-Westphalia, have passed resolutions condemning the airline for its policy.

Acting Transportation Minister Christian Schmidt also raised concerns about the issue in a letter to Kuwaiti officials, saying it was “fundamentally unacceptable to exclude citizens because of their nationality,” according to the Lawfare Project.

No comment was immediately available from Schmidt’s office. A foreign ministry spokesman said Germany’s ambassador to Kuwait had met Kuwaiti officials on Nov. 28 to deliver the letter and discuss the issue.

Primaries Shake Up Labor Slate, Pushing Senior Ministers Out of Next Knesset