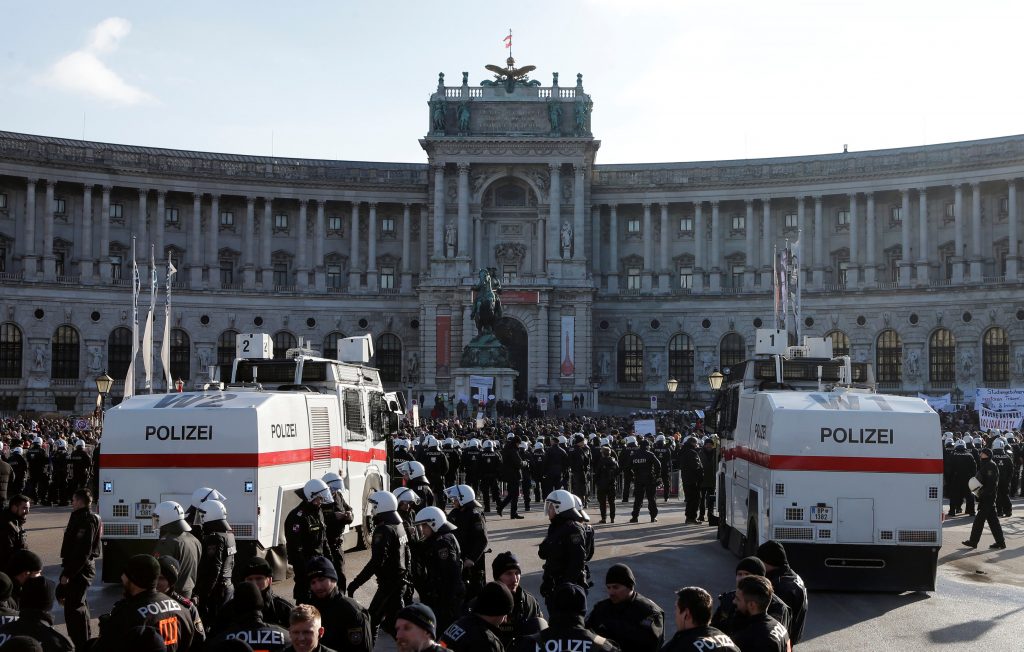 Israel has responded circumspectly to the change of government in Austria, where the far-right Freedom Party took office on Monday.

“The Prime Minister and Minister of Foreign Affairs, Binyamin Netanyahu, maintains, and will continue to maintain, direct contact with the elected Chancellor of Austria.

“The Prime Minister has also instructed the Director General of the Ministry of Foreign Affairs to carry out a professional review regarding the manner in which Israel will conduct itself vis-à-vis the new government.

“For the time being, Israel will maintain contact with the professional level of the government ministries in which Freedom Party ministers serve.

“The State of Israel stresses its commitment to combat anti-Semitism and preserve the memory of the Holocaust,” the statement concluded, an allusion to the Freedom Party’s history of anti-Semitism and neo-Nazism.

Israeli news media interpreted the reference to “contact with the professional level” as a “boycott” of the ministers from the Freedom Party (FPÖ), including the new heads of the foreign, defense, and interior ministries, at least until such time as a permanent policy can be formulated.

According to Haaretz, there was division within the Israeli government about how to handle the Austrian situation. Officials at the Foreign Ministry counseled keeping a distance from the new government, while those in the Prime Minister’s Office were inclined to accept statements by FPO that it has broken with its anti-Semitic roots, political sources were quoted as saying.