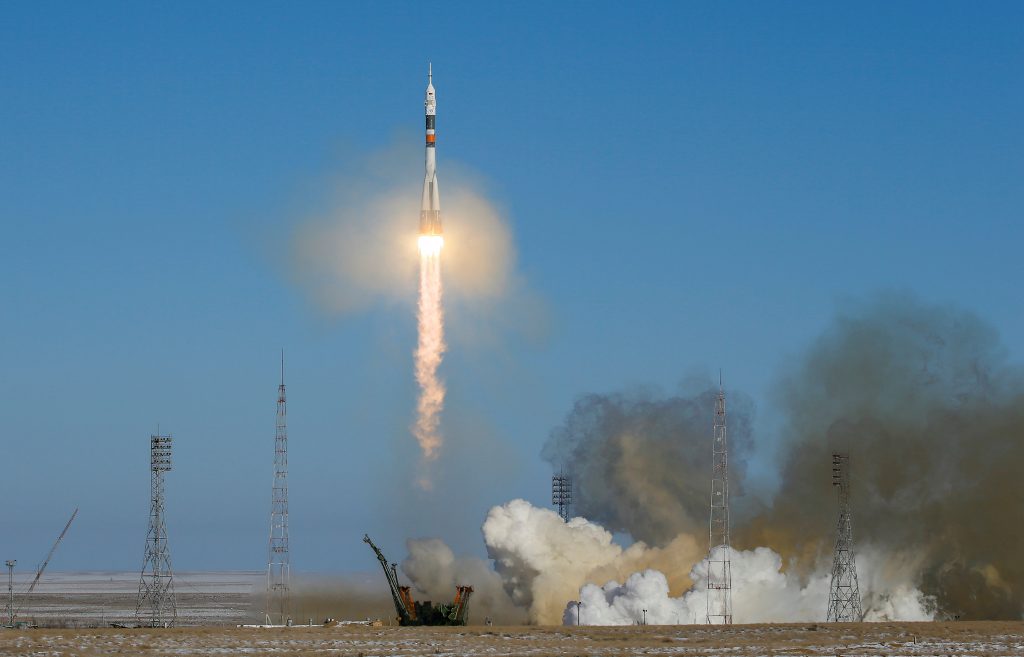 A trio of U.S. and Japanese astronauts and a Russian cosmonaut blasted off from Kazakhstan on Sunday for a two-day trip to the International Space Station, a NASA TV broadcast showed.

The crew will gradually approach the station, which orbits about 250 miles above Earth, for two days before docking.

Shkaplerov, Kanai and Tingle will join Alexander Misurkin of Roscosmos and Mark Vande Hei and Joe Acaba of NASA, who have been aboard the orbital outpost since September.

Onboard cameras showed crew members making thumbs-up gestures after the blast-off. Also visible was a stuffed dog toy chosen by Shkaplerov’s daughter to be the spacecraft’s zero-gravity indicator.

Soyuz was safely in orbit about 10 minutes after the launch.