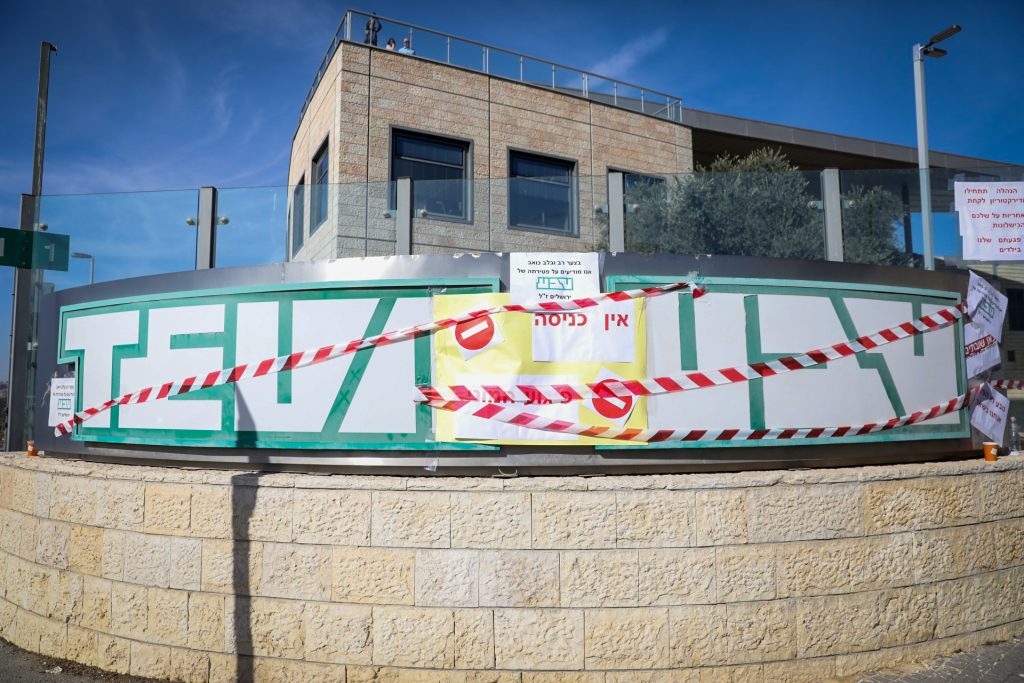 Two hundred workers at Teva’s Yerushalayim facility barricaded themselves inside the plant Sunday morning, and they promised they would stay where they were – along with management of the plant, who were essentially prevented from leaving the facility. “We are at the beginning of a long process of struggle,” said Itzik Ben-Simon, head of the plant’s workers’ committee. “We are going to barricade ourselves in here, and we are going to open a protest tent outside the site. And we are not going to stop until the situation is resolved,” he said, speaking to reporters from inside the plant’s closed gates.

The closure came after workers blocked roads and highway exits Sunday morning, causing major traffic delays for commuters coming into Yerushalayim. Similar protests and road closures took place at other Teva facilities throughout the country, in protest over the announcement last week that the company would fire about 1,700 workers in Israel as part of its plan to revamp its business and return to profitability after devastating recent losses. Teva plans to close or sell off the Yerushalayim facility, management said last week.

Speaking at Sunday’s cabinet meeting, Prime Minister Binyamin Netanyahu said that he would meet with Teva management, including Teva CEO Kare Schultz, who is due to arrive in Israel on Sunday or Monday. “Our first objective is to limit the damage to employees, and the second is to prevent the closure of the Yerushalayim facility by the company. Our third objective is to ensure that Teva remains an Israeli company.

On Monday, workers at the Yerushalayim plant are set to meet Monday with Finance Minister Moshe Kahlon, Economy Minister Eli Cohen, Histadrut labor union head Avi Nissenkorn, and head of the Histadrut Leumit, another union, on ways to fight the layoffs. Netanyahu and Kahlon are set to meet with Schultz, and the two will ask the Teva CEO to make most of its employee cuts at Teva facilities abroad. Over the past decade, Teva has gotten as much as NIS 22 billion ($6 billion) in subsidies, tax breaks, grants, and other benefits from the government, much of it for building factories and facilities in peripheral areas. While those grants did not come with a quid pro quo requiring Teva to make a specific commitment to employing people or keeping the facilities open, Netanyahu and Kahlon will tell Schultz that Teva has a “moral obligation” to keep operations open in Israel.