World Macron: Talk to Assad Now, He Will Answer for Crimes Later
World 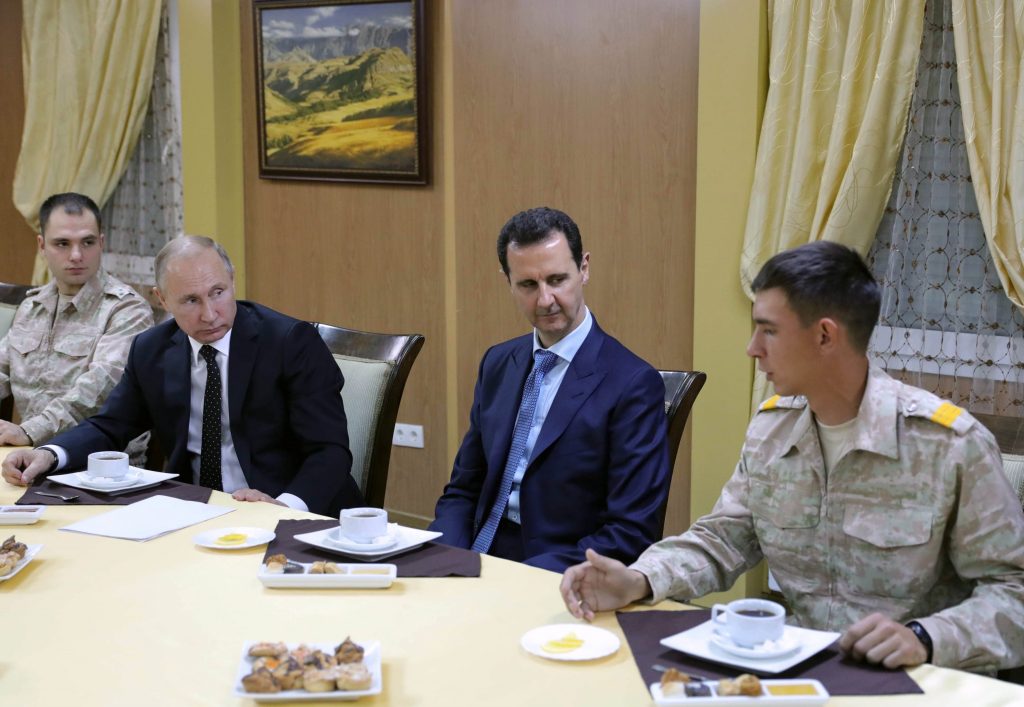 French President Emmanuel Macron thinks the Islamic State terror group will be defeated in Syria by the middle or end of February, and that Syrian President Bashar Assad can’t be ignored in the aftermath of a military victory, but must one day answer for his crimes, according to a TV interview that aired Sunday.

Macron noted, in a wide-ranging interview with TV station France 2, that Iraqi authorities declared Islamic State defeated this month and said, “I think by mid-end February we will have won in Syria. Bashar Assad will be there.”

Under those circumstances, “We have to talk to everybody, we have to talk to Bashar al-Assad and his representatives,” the French leader said, adding: “Afterward, he must answer for his crimes before his people, before international justice.”

The France 2 interview was recorded five days ago, during a global climate summit Macron hosted two years after the signing of the landmark Paris climate agreement.

U.S. President Donald Trump was not invited to the summit because he plans to pull out of the Paris accord. Macron said Mr. Trump’s failure to respect an agreement signed by the United States during the Obama administration and to recognize the climate deal’s benefits for his country were both mistakes.

“When you sign an accord, even if it’s your predecessor, you must respect it,” Macron said. “You cannot pretend to be the guarantor of international order … and leave law because it no longer is convenient.” The French president called that a “real error.”

Participants at the event, who included other world leaders and investors, announced more than $1 billion in investments to make it easier for countries and industries to give up oil and coal.

Opinion polls suggest that Macron, who turns 40 on Thursday, is beginning to recover from a drop in popularity that plagued him through the fall.

During the TV interview, he noted that he was 39 years old when he was elected seven months ago, a man “who came out of nowhere” to secure a victory that “wasn’t expected.” His opponent in the presidential runoff, far-right leader Marine Le Pen, awakened a “profound fear” among French voters, Macron said.

Macron took some criticism for his trip this weekend to the opulent Chambord Chateau with his family, with remarks that it recalls the royalty of French monarchies. He described the visit as an early holiday gathering — not an early birthday party as rumors had it — and noted in a radio interview that the family paid for its stay in a bungalow.

In the France 2 interview, he said the worst thing is “when people don’t like you without a good reason.”