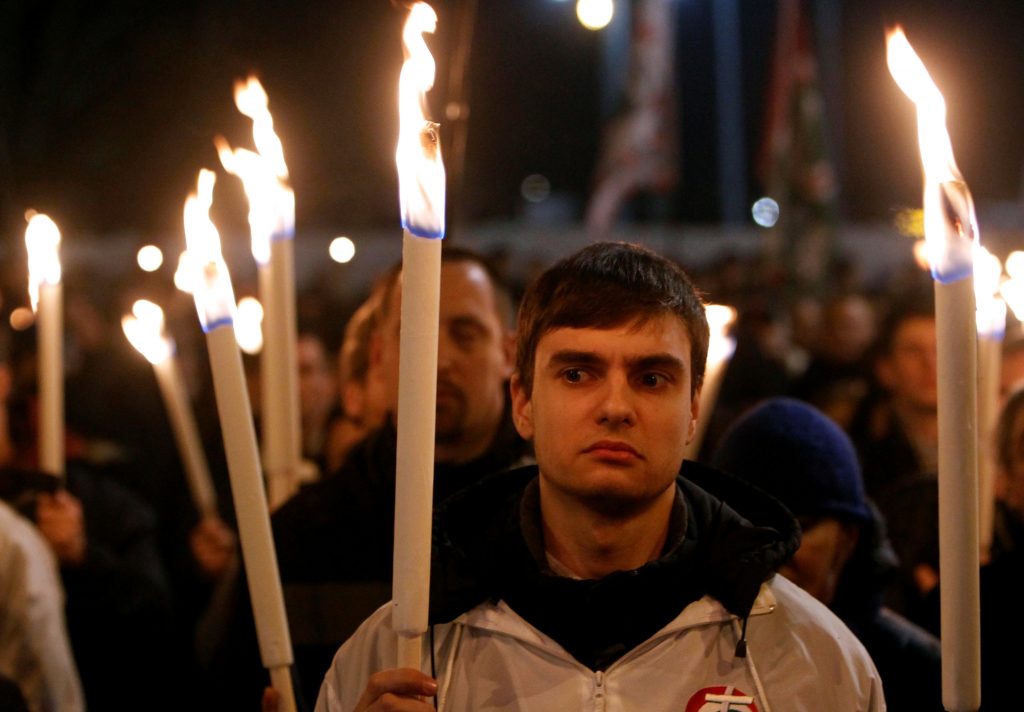 Hungary’s nationalist Jobbik party will not return to its far-right origins, including frequent anti-Semitic and racist remarks by its politicians, party chairman Gabor Vona said Friday.

Jobbik is the strongest opposition group, but far behind Prime Minister Viktor Orban’s Fidesz party in the polls ahead of April’s election.

Vona told the Associated Press in an interview that he has pushed Jobbik in a more centrist direction to become a “people’s party” and attract more voters.

“I decided in 2013 that this is how I will lead the party or I won’t lead it at all,” Vona said. “The kind of anti-Semitic expressions which took place in Jobbik earlier are impossible to imagine. Or if they did, they would naturally draw the most severe sanctions.”

“The process of becoming a peoples’ party is not a political tactic … but a process experienced internally. So, there is no way back from here.”

Still, on some fronts, Vona’s efforts have achieved only measured success.

For example, Vona’s Chanukah greetings to Jewish communities in Hungary have been mostly rebuffed or ignored, though Vona says less so this year than last year, the first time he did it.

Jobbik has a lot to atone for. In 2013, Vona said “I will never be Israel’s dog,” and that Hungary “was not for sale” to Jewish investors. In 2012, Marton Gyongyosi, whom Vona once said would be his government’s foreign minister, called in parliament for lists to be drawn up of Jewish government officials and lawmakers because they could be a “national security risk.”

In the 2010 elections, Jobbik said it would put an end to “Gypsy crime” — usually petty thefts not dealt with by police, and groups of the party’s uniformed wing, later banned, held marches in towns and villages meant to intimidate the Roma population.

While some of the other opposition parties have expressed support for Jobbik in its conflict with state auditors who have imposed a huge fine for alleged illegal party financing, a move critics claim is a political attack, others say the party has many things to clarify. That includes its alleged receipt of funds from Russia, which Vona denies.

After winning just over 20 percent of the votes in 2014, Jobbik currently stands at around 10 percent among all voters, with Fidesz nearing 40 percent, the same percentage as the undecided voters.

“The figures fail to reflect Jobbik’s transformation into a people’s party,” Vona said, skeptical of pollsters’ data. “Jobbik has substantial reserves on the right, on the left, in the center and among the undecided which can be transformed into votes in an election.”