Politics GOP Betting That Its Fix for U.S. Economy Will Defy Warnings
Politics 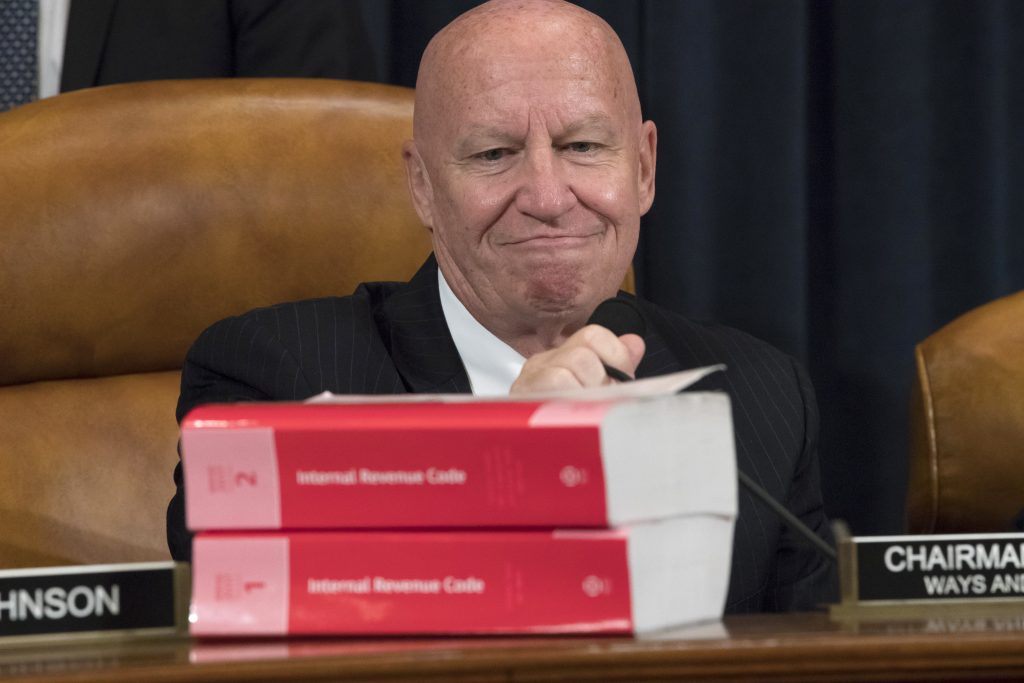 The tax overhaul of 2017 amounts to a high-stakes gamble by Republicans in Congress: That slashing taxes for corporations and wealthy individuals will accelerate growth and assure greater prosperity for Americans for years to come.

The risks are considerable.

A wide range of economists and nonpartisan analysts have warned that the bill will likely escalate federal debt, intensify pressure to cut spending on social programs and further widen America’s troubling income inequality.

Congress is expected to vote this week on the bill, the most far-reaching rewrite of the U.S. tax code since 1986. It would shrink corporate taxes, prod companies to return trillions in profits they’ve kept overseas, cut taxes on wealthy estates and drop tax rates — but only temporarily — for individuals.

It puts its faith in the prospect that lower taxes will make corporate America turn more generous and spend more expansively.

“This is a bet on our country’s enterprising spirit, and that is a bet I am willing to make,” Tennessee Republican Sen. Bob Corker said Friday after dropping his previous opposition to higher deficits and throwing his support behind the bill.

In pushing the plan through a divided Congress — no Democrat in either the House or Senate backs it — Republicans have insisted that the economic virtues they envision from the tax-cut package outweigh the risks that many analysts are warning about.

“This is going to be one of the greatest gifts for the middle-income people of this country that they’ve ever gotten for [Dec. 25th],” President Donald Trump said Saturday as he prepared to leave the White House for the weekend. “Jobs are going to come pouring back into this country.”

The legislation would add at least $1 trillion to federal deficits that were already sure to swell as baby boomers retire and draw on Social Security and Medicare. And the tax-cut’s gains are skewed toward wealthy taxpayers, who historically are less inclined to spend additional money than are households of more modest means. One likely result is that corporations and rich individuals will widen the economic gap between themselves and everyone else.

Even the political calculus for the Republicans looks questionable: A Quinnipiac University poll found that American voters, convinced that the benefits will flow mainly to corporations and the wealthy, oppose the plan 55 percent to 26 percent.

But Republicans have characterized the brew of tax cuts as an economic elixir. The job market appears healthy. But the pace of economic growth, though it’s perked up the past two quarters, has been underwhelming for years. From 2010 to 2016, U.S. growth averaged 2.1 percent a year, a pittance compared with the 3.2 percent average annual growth from 1948 through 2016.

Like its counterparts in Europe and Japan, the U.S. economy has been slowed by a slump in worker productivity, a vital ingredient for a robust economy. U.S. productivity — worker output per hour — trudged ahead at an average annual rate of just 0.6 percent a year from 2011 to 2016, down sharply from a post-World War II average of 2.1 percent.

Republicans say their corporate tax cuts offer a solution to the productivity slump. Their plan will cut the corporate tax rate from 35 percent to 21 percent. Multinational corporations would receive a one-time tax break on profits they’ve kept overseas, thereby encouraging them to return the money to the United States. Companies could write off the full cost of new equipment.

The thinking is that these changes would induce companies to invest in equipment, software and plants that would make their workers more productive. As these workers became more efficient, the thinking goes, they would be rewarded with higher pay. An effusive White House predicted in October that the average American household would enjoy a $4,000 raise.

Rising wages could ease another big economic problem: a shortage of workers. The percentage of Americans who are either working or are looking for work has declined as the vast baby boom generation retires. To grow at a healthy pace, an economy needs a steady infusion of workers.

“To the extent this heats up the economy, that will help draw people back into the labor force,” says Phillip Swagel, a University of Maryland economist who served in President George W. Bush’s Treasury Department.

But it’s more than just an aging population: Even working-age Americans — ages 25 to 54 — are less likely to work than they used to, in part because so many blue-collar jobs have disappeared.

Douglas Holtz-Eakin, president of the conservative American Action Forum and former director of the Congressional Budget Office, and other supporters of the tax plan, don’t deny that the tax plan will elevate deficits. But they insist that it will be worthwhile. They argue that companies will use their windfalls to hire, expand, invest and raise pay — and thereby energize the economy.

“The calculation at one level is pretty simple,” Holtz-Eakin says. “We’re going to have larger deficits, and that is worth it for the growth we’re going to get.”

But most nonpartisan economists have expressed doubts that the plan will give the economy much of a jolt. They recall that wages actually fell after Congress cut the corporate tax rate in 1986.

What’s more, though the corporate tax cuts would be permanent, the tax cuts for individuals would expire after 2025. And a change in how the government accounts for inflation would lift many individuals into higher tax brackets over time. If Americans had to pay higher taxes, they would be less likely to spend and boost the economy.

Beyond everything else, the timing of the Tax Cuts and Jobs Act of 2017 could work against it. Today’s economy doesn’t need much help. The unemployment rate is at a 17-year low of 4.1 percent. Many employers are already complaining that they can’t find enough qualified workers. And in a vote of confidence in the economy, the Federal Reserve has just raised short-term interest rates for the third time this year.

So a stimulus from a big tax cut could overheat the economy and potentially ignite inflation.

“You throw deficit-financed tax cuts on a full-employment economy, and you’re playing with fire,” says Mark Zandi, chief economist at Moody’s Analytics. “It’s going to get pretty toasty out there this time next year.”

The Fed could respond by raising rates even faster to slow economic growth, offsetting the tax cuts. But the unintended result could be not much growth at all.