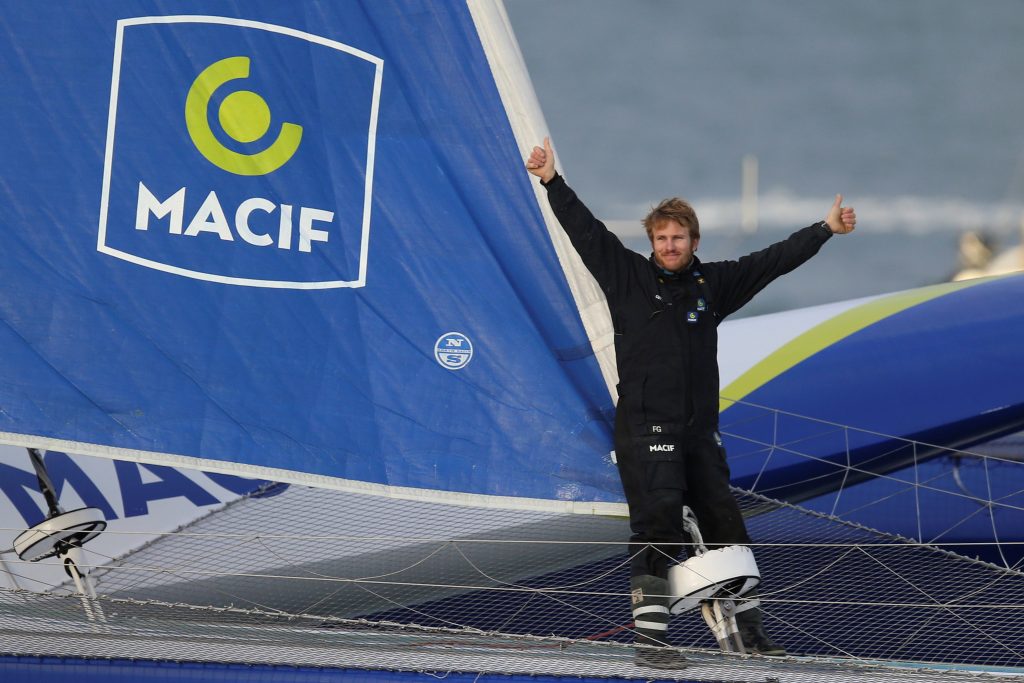 French sailor Francois Gabart broke the record Sunday for sailing around the world alone, circumnavigating the planet in just 42 days and 16 hours.

That is more than six days faster than the last record, set by fellow Frenchman Thomas Coville last year.

The organizers, tracking his journey by satellite, tweeted that 34-year-old Gabart reached the finish line near Ouessant island off France’s western coast on his trimaran called “Macif” before dawn Sunday.

Dozens of vessels swarmed around the victory vessel, accompanying Gabart as he waved torches.

Supporters waited to fete him in nearby Brest, a historic port city and sailing capital from where he departed Nov. 4 and where residents have been following his travels.

“It’s a crazy pleasure … all this human energy,” Gabart said later. “I’m a solitary sailor but this is a pleasure.”