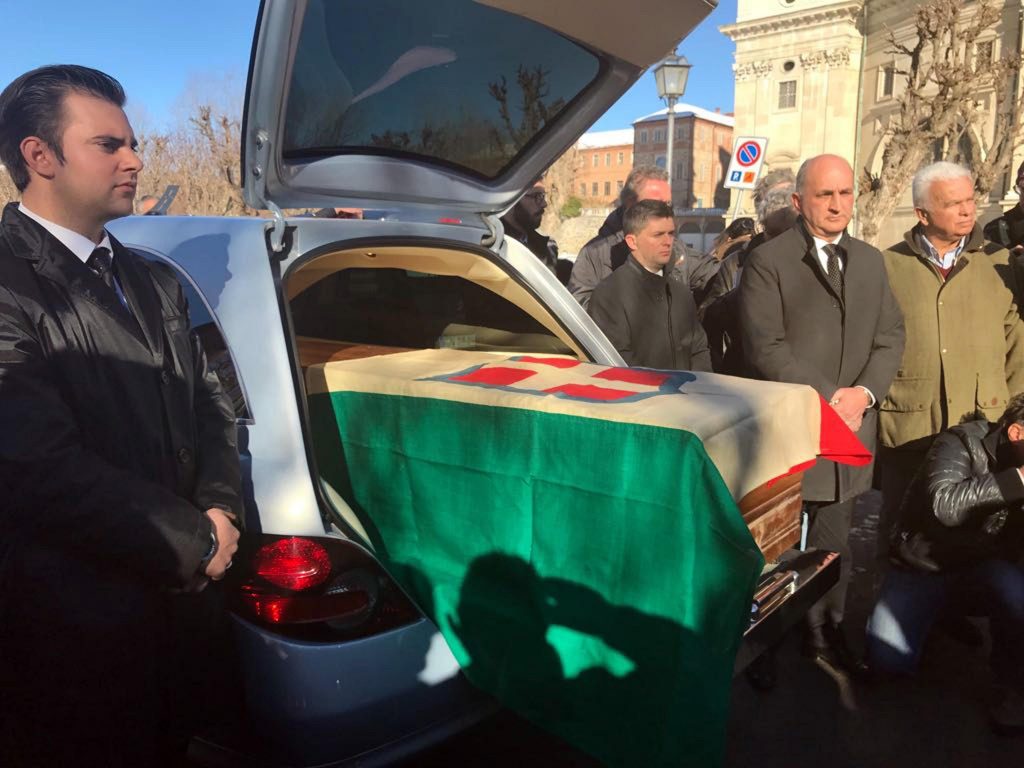 The remains of Italy’s King Victor Emmanuel III were repatriated from Egypt and interred in a family mausoleum Sunday, 71 years after Italians rejected the monarchy in a referendum and the country’s royals went into exile.

Draped in a flag with the House of Savoy crest, a coffin bearing the king’s remains was brought to a chapel inside the Sanctuary of Vicoforte, a church in the northwest Piedmont region, which was the royal family’s base.

Victor Emmanuel died in 1947 in Alexandria, Egypt, a year after he abdicated in favor of his son in an unsuccessful attempt to preserve the monarchy. His remains had been kept in Alexandria’s St. Catherine’s Cathedral.

Italy’s post-war Constitution banned male descendants of the royal house from Italian soil because of the family’s earlier support of the Fascist dictatorship of Benito Mussolini. The ban was lifted in 2002.

The remains of Victor Emmanuel’s wife, Queen Elena, were transferred Friday from Montpellier, France, and were similarly interred in the chapel during a private ceremony, the town of Vicoforte said. Elena died in France in 1959.

Emanuele Filiberto di Savoia, the king and queen’s great-grandson, told Italian daily newspaper Corriere della Sera he was upset that the couple’s remains weren’t placed at the Pantheon in Rome.

The ancient Roman monument is where Italy’s first two Savoy kings, Victor Emmanuel II and Umberto I, and its first queen, Margherita, are buried.

Di Savoia was quoted Sunday as saying that members of the House of Savoy, with roots stretching back to the Middle Ages, shouldn’t be buried “in just any tomb,” but deserved to be in the Pantheon.

Asked if the Pantheon as a burial site wouldn’t be “anachronistic”, given Victor Emmanuel III’s support for fascism, the great-grandson said, “It’s not out of step with the times to hope for respect for kings.”

Victor Emmanuel, who reigned from 1900-1946, relinquished the throne to son Umberto II in 1946. Umberto II ruled just a few weeks before Italians rejected the monarchy and voted to make their country a republic.