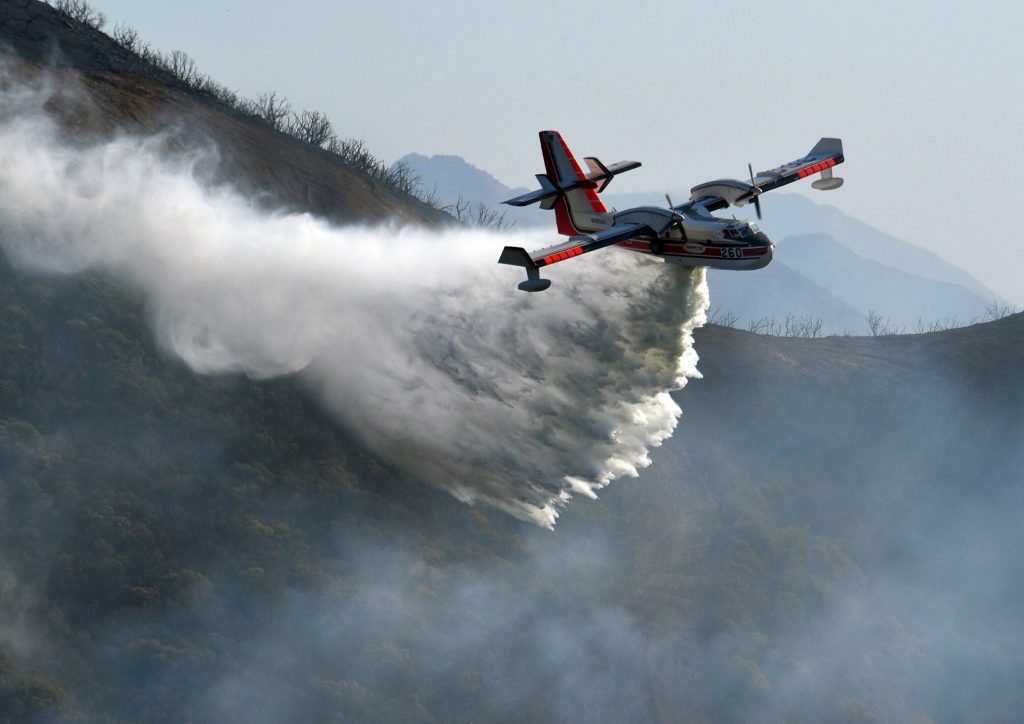 Calming winds on Sunday helped slow the spread of a California wildfire that already ranks as the third largest in state history, having scorched 269,000 acres along the scenic Pacific Coast north of Los Angeles.

Officials said more than 8,500 firefighters were battling the so-called Thomas Fire in Southern California, which began on Dec. 4. It has destroyed more than 1,000 structures and threatened 18,000 others, including homes in the wealthy town of Montecito just outside the coastal city of Santa Barbara.

The blaze, centered less than 100 miles northwest of downtown Los Angeles, has forced evacuations that turned neighborhoods into ghost towns and filled the air with smoke.

Communities near Santa Barbara saw a break from the gusting winds that had stoked the fire and helped it spread, opening a window for authorities to contain the disaster during the next two days.

“We want to make sure we get a hold of this thing before Wednesday,” said Captain Rick Crawford, a spokesman for the California Department of Forestry and Fire Protection, also known as Cal Fire.

Strong winds persisted on Sunday in Ventura County, which remained under a red flag warning. Crawford said the threat level was expected to drop later in the day.

The fire is now 40 percent contained. Firefighters were employing more than 970 fire engines and 34 helicopters to battle the blaze.

Larry Dennis, 60, sought refuge at a shelter in the city of Ventura on Sunday after the blaze inundated the coastal region with smoke and turned nearby hillsides red.

“I’ve seen people who have lost everything,” he said.

Charlotte Garcia, 25, had been at the shelter for almost a week after the fire burned down her house in Ojai, about 30 miles north of Ventura. She lamented that firefighters had not done more to stop the destruction.

“The house next door to us got burnt down too, because they were too busy on the hill,” she said.

Five of the 20 most destructive fires in recorded history have ravaged the state in 2017, according to Cal Fire.

The Thomas fire, the seventh-most destructive in state history, forced many schools to close for days, shut roads and drove hundreds of thousands from their homes. It was also responsible for poor air quality throughout Southern California.