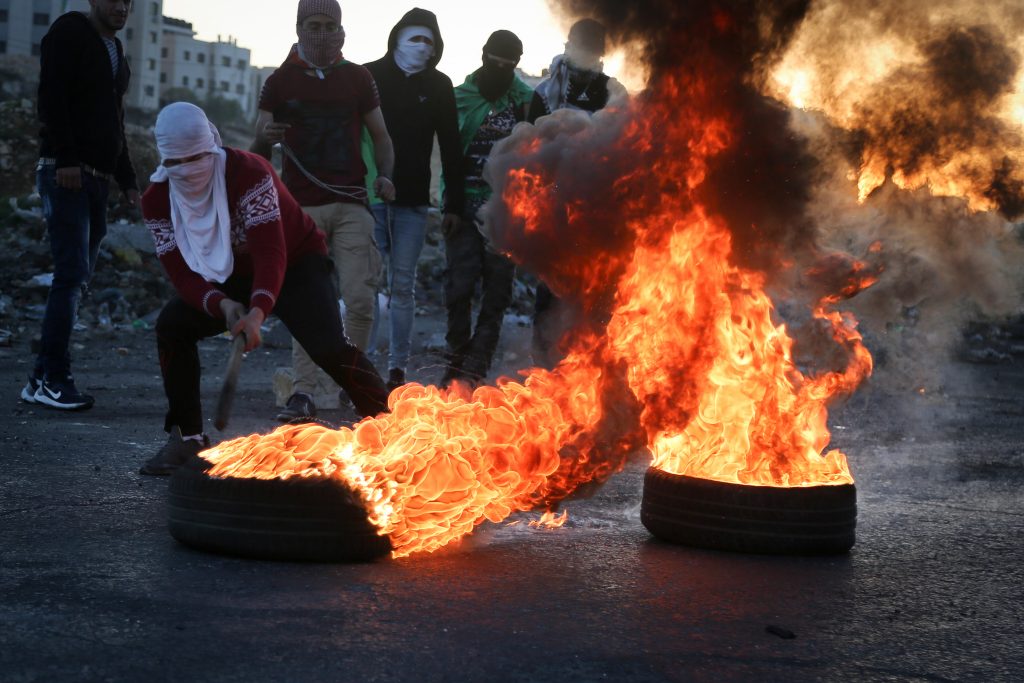 Police arrested one Arab rioter in disturbances overnight in Yerushalayim. The disturbances occurred in the Silwan neighborhood of the city and were restricted to to that area. Rioters threw rocks and firebombs at security forces, who intervened with anti-riot measures. Arabs threw stones at Israeli police vehicles as well.

It was the tail end of a weekend of unrest in Arab neighborhoods of Yerushalayim and Palestinian Authority-controlled areas. Arabs for the second weekend in a row rioted over the recent announcement by President Donald Trump that the United States recognizes Yerushalayim as Israel’s capital, throwing rocks and firebombs at IDF soldiers. Israeli forces used anti-riot measures to break up demonstrations. IDF forces were deployed around Kever Yosef, after reports that Arabs had been organizing over the weekend a major riot at the site on social media.

Arabs in Yaffo on Shabbos also held a large demonstration against the Trump declaration. That demonstration passed in an orderly manner, although loud proclamations against Israeli sovereignty in Yerushalayim were heard. Fifteen Arab rioters were arrested Friday during a second “day of rage” over the Trump announcement in a riot in the Jenin area. Several riots took place in Arab neighborhoods of Yerushalayim, with Arabs burning tires and throwing rocks at security officials. Seven rioters were arrested in the Issawiye neighborhood. In addition, an Arab was arrested in the Old City after he threw a rock at a menorah outside a house.