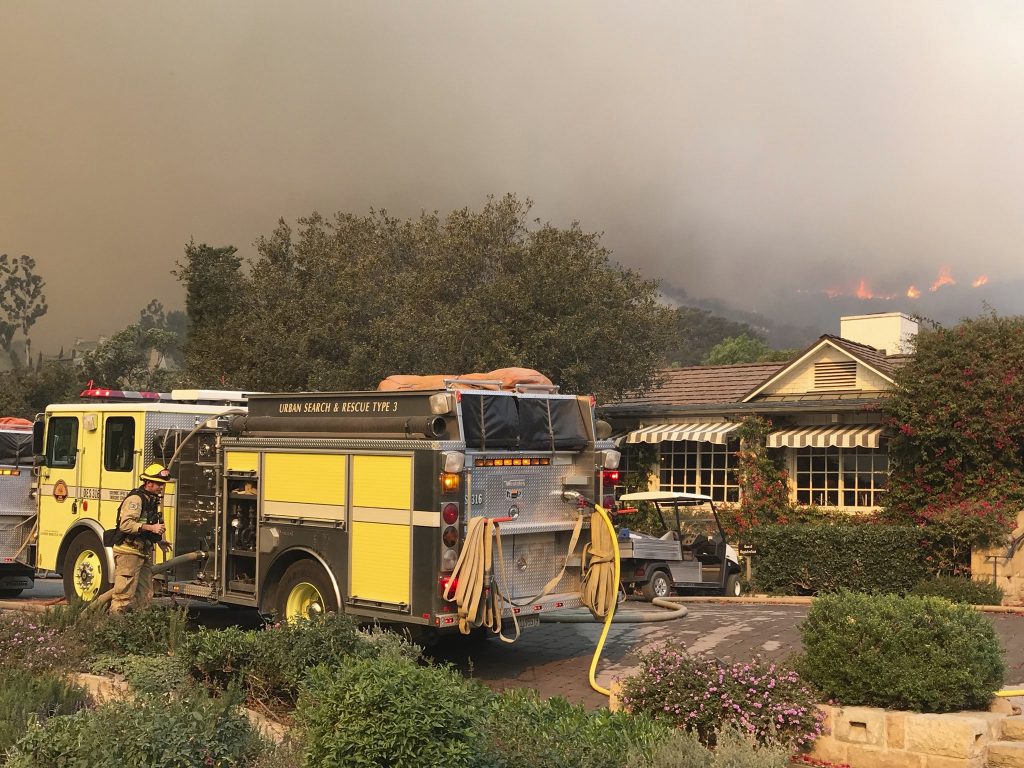 New evacuations were called on Saturday as surging winds drove an enormous wildfire toward a wealthy enclave in the coastal foothills northwest of Los Angeles.

The northerly “sundowner” wind was driving the fire south and west.

“When the sundowners surface in that area and the fire starts running down slopes, you are not going to stop it,” Mark Brown with the California Department of Forestry and Fire Protection said at a news conference. “And we are not going to stand in front of it and put firefighters in untenable situations.”

“It is right above the homes,” fire spokesman Jude Olivas said.

The fire is now the third-largest in California history. It has burned more than 700 homes and killed a state firefighter.

Cory Iverson, 32, died Thursday from burns and smoke inhalation, according to autopsy results announced Saturday by the Ventura County medical examiner’s office. Details of his death were not released.

Since the fire began on Dec. 4, about 95,000 people have been placed under mandatory evacuation. The evacuation zone is now 17 miles long and up to 5 miles wide. It extends from the mountains to the sea.

In the Montecito area, freeway off-ramps leading into the community were closed and residents were seen piling into cars and leaving, the Los Angeles Times reported.

The Santa Barbara Zoo, which is near the mandatory evacuation zone, announced it was putting some animals in crates to prepare for possible evacuation. The zoo has about 150 species of animals, including a pair of Amur leopards, a critically endangered species.

Everything about the fire has been massive, from the sheer scale of destruction that cremated entire neighborhoods to the legions attacking it: about 8,300 firefighters from nearly a dozen states, aided by 78 bulldozers and 29 helicopters.

The cause remains under investigation. So far, firefighting costs have surpassed $100 million.