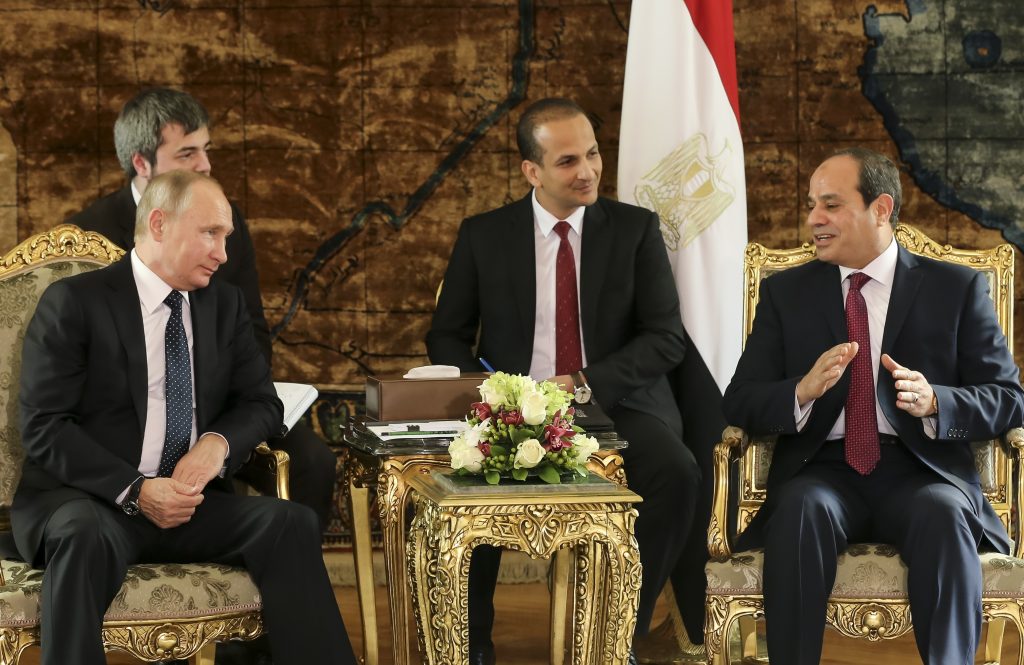 Russia and Egypt signed a deal on Friday to resume flights between Moscow and the Egyptian capital of Cairo starting February, after more than a two-year break, officials announced.

Moscow suspended flights to Egypt after a bomb by the local Islamic State affiliate brought down a Russian airliner over Sinai in October 2015, killing all 224 people on board.

The attack decimated Egypt’s vital tourism industry. Egyptian authorities have since spent millions of dollars to upgrade security at its airports, hoping to get Moscow to change its mind.

Russian Transportation Minister Maxim Sokolov said he and Egyptian Minister of Civil Aviation Sherif Fathi signed a protocol on security cooperation that would allow direct flights between Moscow and Cairo to resume.

Russia, however, is not yet talking about resuming charter flights to Egyptian resorts on the Red Sea, once a popular destination for Russian tourists, Sokolov said, adding that this would be “the next stage” of negotiations.

On a visit to Cairo on Monday, Russian President Vladimir Putin said the deal on the resumption of flights could be signed “in the nearest time” and praised Egypt’s efforts to boost security at its airports.

In the wake of the IS bombing, Britain, another major source of visitors to Egypt, suspended flights to Sharm el-Sheikh, the Red Sea resort in Sinai from which the doomed Russian airliner took off.

Putin’s visit to Egypt was part of his blitz day-trip to the region that kicked off with a visit to a Russian air base in Syria, then to Cairo and concluded with a stop in Turkey. It was his second visit to Egypt in as many years, and Putin and Egyptian President Abdel-Fattah el-Sissi appeared keen to cement their countries’ ties, which have deepened in recent years as Moscow has expanded its reach across the region.

El-Sissi, who has visited Russia twice since taking office in 2014, has signed deals to buy billions of dollars’ worth of Russian weapons, including fighter jets and assault helicopters. Last month, Russia approved a draft agreement with Egypt to allow Russian warplanes to use Egyptian military bases.

On Thursday, Fathi headed to Moscow to finalize the agreement on the resumption of flights.

Later Friday, Egypt’s civil aviation ministry said in a statement that the two sides will hold talks in April on the resumption of Russian flights to Egyptian resorts.