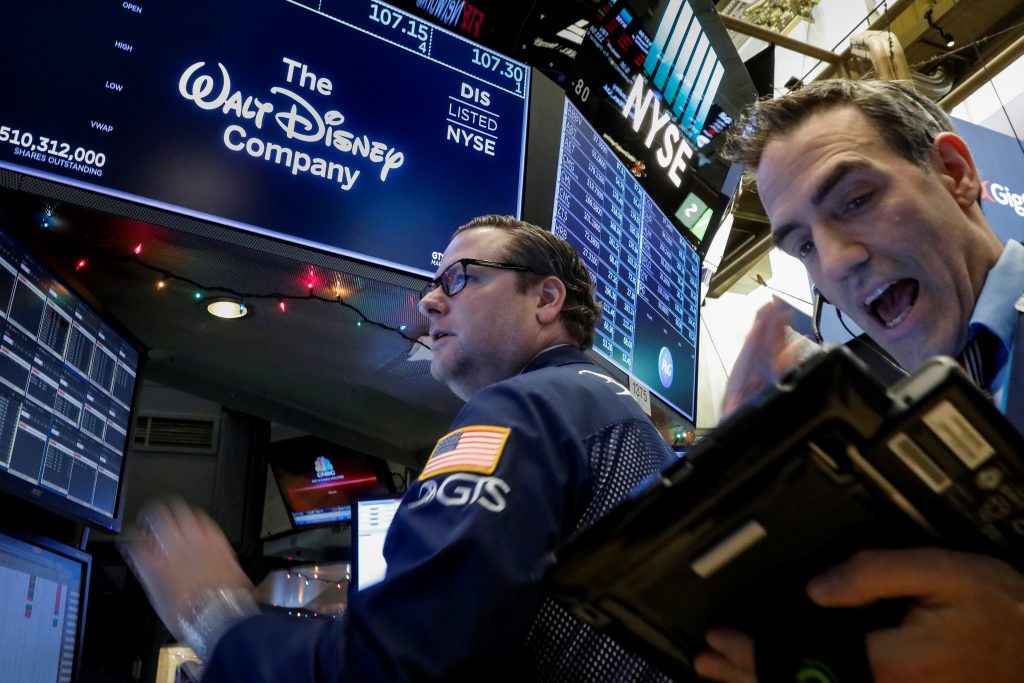 On Wednesday, GOP leaders in Congress reached an agreement on a proposed overhaul of the nation’s tax laws that would include a reduction in the corporate income tax rate from 35 percent to 21 percent.

MICKEY’S FOX PLAY: Disney shares rose after the media giant said it is buying a large part of the Murdoch family’s 21st Century Fox for about $52.4 billion in stock. The transaction also includes approximately $13.7 billion in debt. Robert Iger will continue as Disney’s chairman and CEO through the end of 2021. Disney was up 45 cents, or 0.4 percent, to $108.06. Fox rose 73 cents, or 2.2 percent, to $33.48.

TECH TRADE: Technology stocks accounted for some of the biggest gains. Applied Materials rose 85 cents, or 1.7 percent, to $51.61.

PAINFUL MEDICINE: Teva Pharmaceuticals jumped 12.5 percent after the Israeli drugmaker said it would lay off 14,000 workers, or more than a quarter of its staff. The move is part of a global restructuring meant to salvage its ailing business. Its shares picked up $1.96 to $17.66.

THE BITCOIN TRADE: Bitcoin futures were down on their fourth day of trading, dropping $205, or 1.2 percent, to $16,850 on the Cboe Futures Exchange. The futures allow investors to make bets on the future price of bitcoin. The average price of an actual bitcoin was $16,509 in trading on private exchanges, according to Coindesk. The price of the digital currency has soared this year, having begun 2017 under $1,000.