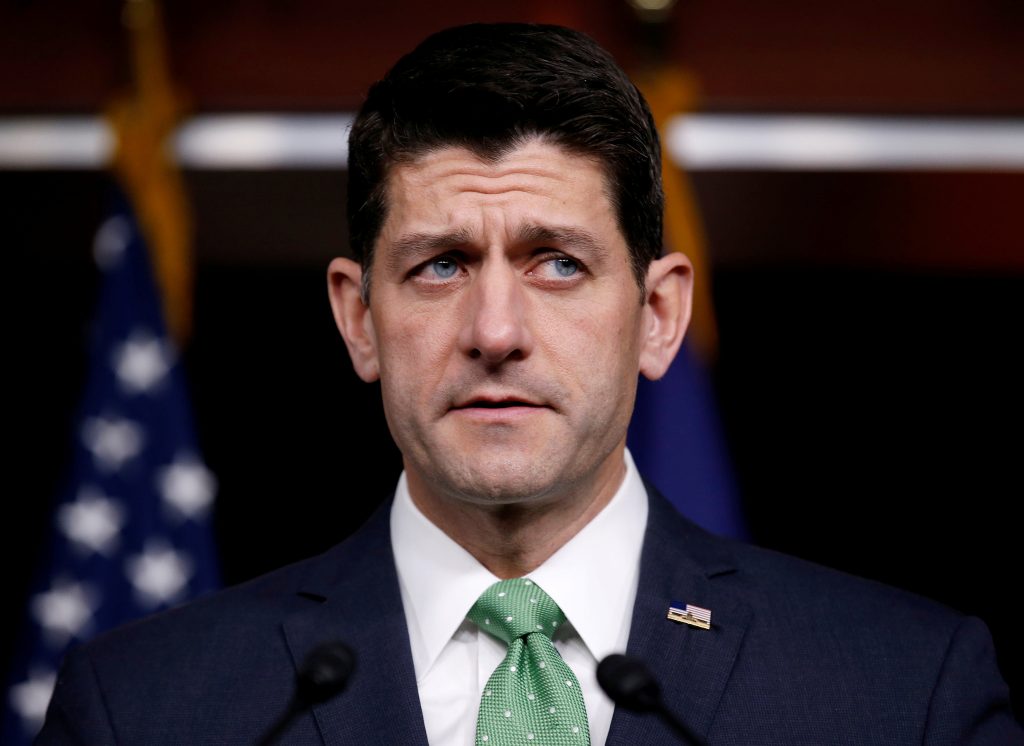 The Wisconsin Republican was asked Thursday about rumors suggesting he might leave his job soon after the GOP passes a rewrite of the U.S. tax code.

Asked by a reporter if he’s quitting anytime soon, Ryan chuckled and said, “I’m not. No.”

Ryan spoke as Politico and the Huffington Post published reports speculating that Ryan would make this term his last or even quit within weeks. Ryan took the job reluctantly, after former Speaker John Boehner of Ohio stepped aside abruptly in 2015.

“The Speaker assured the president that those were not accurate reports and that they look forward to working together for a long time to come,” Sanders said.

House Majority Leader Kevin McCarthy (R-Calif.), who would be an obvious candidate to take the top GOP job if Ryan leaves, dismissed the rumors as well.

“The Speaker is not retiring,” McCarthy told reporters. “He enjoys his job. He loves it.”

A Ryan spokeswoman added, “This is pure speculation. As the speaker himself said today, he’s not going anywhere any time soon.”

Ryan in fact gave reporters an extensive preview of next year’s GOP agenda, promising action on restraining the growth of government benefit programs. Tuesday’s Senate election in Alabama, in which Democrat Doug Jones scored an upset, would bring the GOP’s margin of control in the chamber to 51-49, making any action on cutting the budget a long shot.