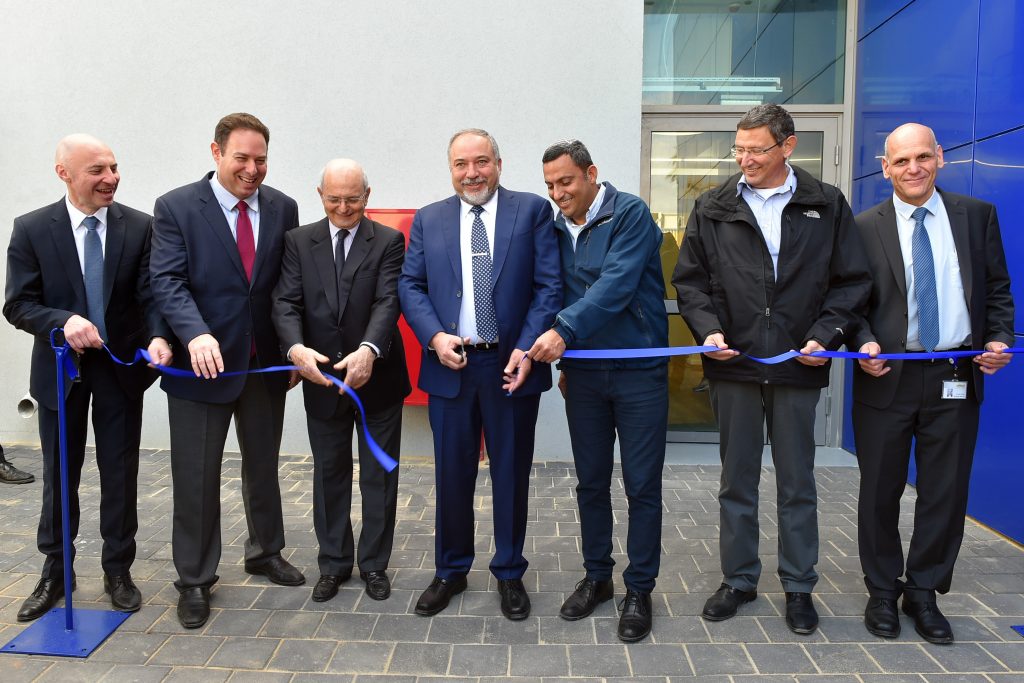 The person in charge of overseeing Israel’s defense establishment had a reassuring word for the residents of Sderot who are once again under rocket attack from Gaza: Relax.

In a visit to the jittery southern Israeli city on Thursday, Defense Minister Avigdor Liberman said, “The fact that we’re here this morning in Sderot… shows everyone that they can remain calm and relax.”

“The recent launches from Gaza at Sderot have nothing to do with Israeli deterrence, but [are a result of] internal Palestinian struggles between different groups and factions,” he explained.

The night before, two rockets out of four fired from the Gaza Strip were intercepted by Iron Dome missiles. B’chasdei Shamayim, no injuries were reported besides someone who fell while running to a bomb shelter; but there is anxiety that the city may be in for more of the same.

Liberman was there for the opening of Elbit’s new weapons manufacturing plant, which has been targeted by rocket fire repeatedly over the past week.

He was accompanied by Mayor Alon Davidi, who on Wednesday urged that the IDF be ordered to “strike terror groups without mercy.”

In a statement that may have been written to address such responses, IDF spokesperson Ronen Manelis said that the deterrence the military has created in the three and a half years since the 2014 Gaza war “wasn’t built in a day and won’t come crashing down in a week — we will not allow this [rocket] fire to continue.”

“We are doing everything we can so that calm returns [to the Gaza area],” the army spokesperson wrote.

“Anything less than total calm is simply unacceptable,” he added.