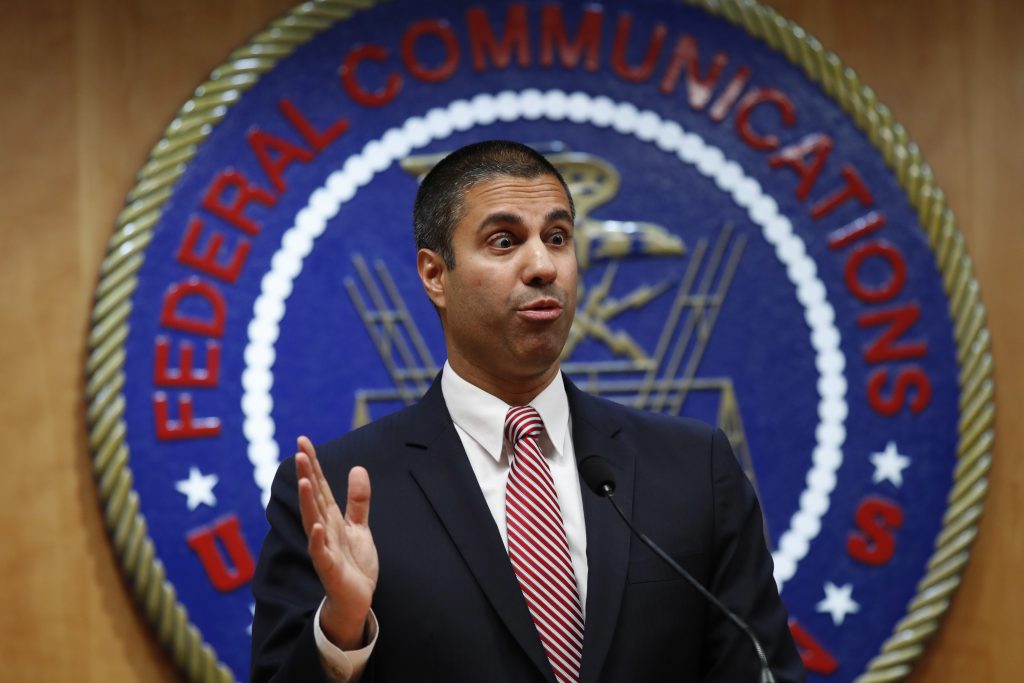 The Federal Communications Commission (FCC) voted along party lines on Thursday to repeal net-neutrality rules enacted in 2015, setting up a court fight over a move that could recast the digital landscape.

The approval of FCC Chairman Ajit Pai’s proposal marks a victory for internet-service providers like AT&T Inc., Comcast Corp. and Verizon Communications Inc., and hands them power over what content consumers can access.

Democrats, and film companies, and technology companies had urged Pai, a Republican appointed by President Donald Trump, to keep the Obama-era rules barring service providers from blocking, slowing access to or charging more for certain content.

Consumer advocates and trade groups representing content providers have planned a legal challenge aimed at preserving those rules. New York State Attorney General Eric Schneiderman announced that he will lead a multi-state lawsuit challenging the reversal of the net-neutrality rules.

The meeting was evacuated before the vote for about 10 minutes due to an unspecified security threat, and resumed after sniffer dogs checked the room.

FCC Commissioner Mignon Clyburn, a Democrat, said in the run-up to the vote that Republicans were “handing the keys to the internet” to a “handful of multi-billion-dollar corporations.”

Pai has argued that the 2015 rules were heavy handed and stifled competition and innovation among service providers.

“The internet wasn’t broken in 2015. We weren’t living in a digital dystopia. To the contrary, the internet is perhaps the one thing in American society we can all agree has been a stunning success,” he said on Thursday.

The FCC voted 3–2 to repeal the rules.

Internet-service providers say they will not block or throttle legal content but that they may engage in paid prioritization. They say consumers will see no change and argue that the largely unregulated internet functioned well in the two decades before the 2015 order.