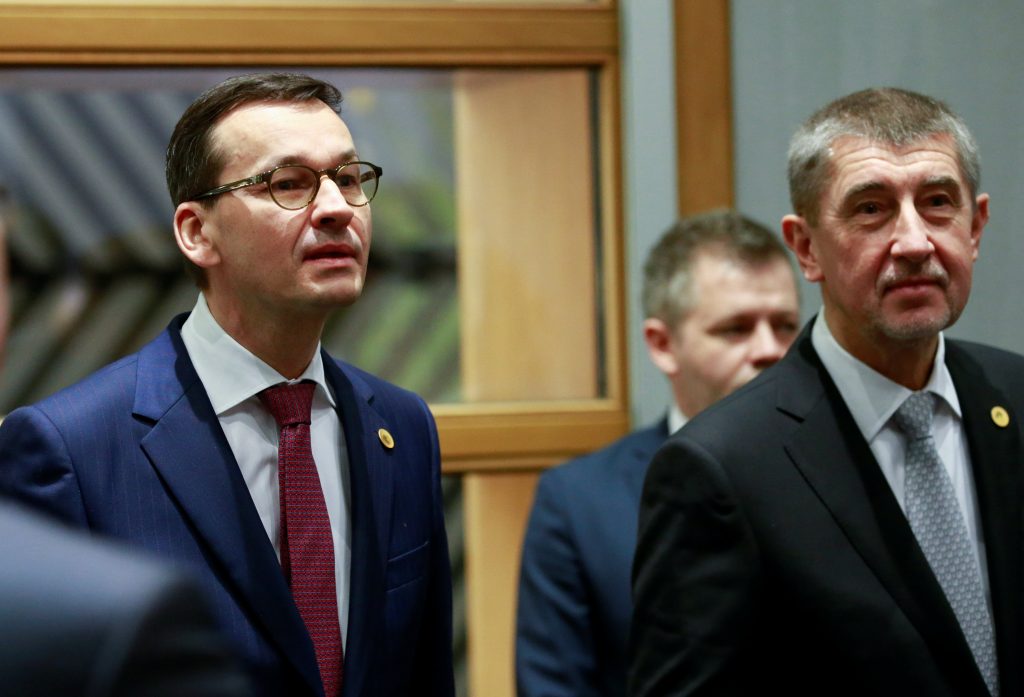 The new prime ministers of Poland and the Czech Republic vowed not to give any ground on the divisive issue of hosting refugees as they arrived in Brussels on Thursday for their first summit of European Union leaders.

More than two years after a massive influx of refugees and migrants from the Middle East and Africa created deep divisions in the EU, members are still feuding over how to share the burden of caring for asylum seekers.

The row pits frontline countries Italy and Greece, and rich destination countries like Germany, against four ex-communist states on the EU’s eastern edge — Poland, the Czech Republic, Hungary and Slovakia — that have refused to welcome refugees.

Poland’s Mateusz Morawiecki and the Czech Republic’s Andrej Babis, who both took office this month and said they wanted good and pragmatic ties with the EU, made clear that they would maintain the hard line of their predecessors on migration.

“It is worth investing considerable amounts of money in helping refugees in (regions) they are fleeing from. The help on the ground there is much more effective,” said Morawiecki, explaining Warsaw would do that instead of accepting refugees.

“I think it was a very important decision,” he said of the money pulled together by the four easterners. “Differences, however, remain. We will continue to insist that a commitment on the relocation of refugees is needed.”

Two years after the biggest influx of refugees and migrants into Europe since World War ii, an EU deal with Turkey has shut the main eastern Mediterranean route through Greece and across the Balkans used by more than 1 million people in 2015.

The biggest remaining route is from Libya, across the Mediterranean to Italy. Hundreds of thousands have been making the trip each year and thousands have died at sea. New efforts to curb smuggling from Libya’s coast have reduced the numbers in recent months, but human rights groups say thousands of African migrants are now stuck in squalid conditions in Libyan camps.

The southern EU countries where most migrants first arrive, and the wealthier northern countries where many seek asylum, want all EU states to accept at least some refugees. The ex-communist eastern states say this amounts to bullying them to help solve political problems for their wealthier neighbors.

All EU leaders will discuss the issue over dinner in Brussels on Thursday, though no decisions are expected, with a French source stressing the controversy would take much more time to untangle.

The dispute reopened this week when Donald Tusk, the former Polish prime minister who now chairs the summits, came out against obligatory relocation quotas, ruffling feathers in many EU states and the bloc’s executive commission.

“Divisions on migration…are accompanied by emotions which make it hard to find common ground. We should work even more intensively to keep our unity,” Tusk said ahead of the summit.

But his intervention upset Italy, Germany and other proponents of the quotas, who warn they could force the waverers to accept refugees in a majority vote if no compromise is found by June.

“It won’t happen,” Babis told reporters ahead of the summit, highlighting that any attempt to impose “nonsensical” quotas in a majority vote would only widen the divisions in the EU.

Slovakia’s Robert Fico also said unanimity must prevail in the EU, especially on such thorny issues.