World EU Distances Itself From Trump With Comment on Yerushalayim
World 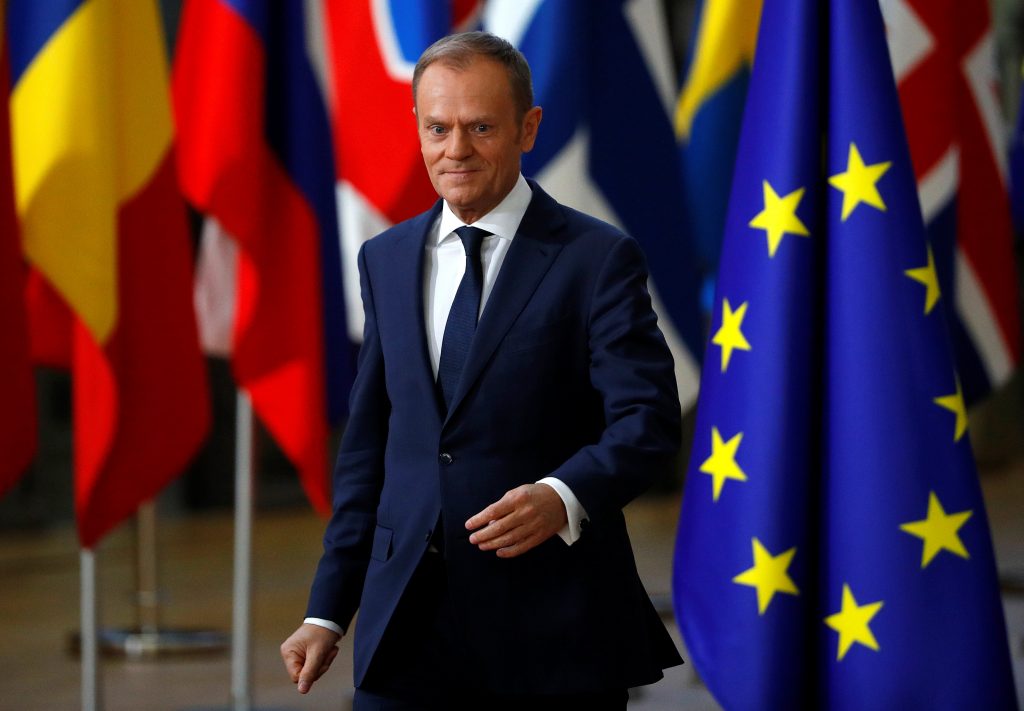 A European Union leader says leaders of the 28-nation bloc have reiterated their “firm commitment” to a two-state solution for Israel and the Palestinians, in what amounts to a rebuke of President Donald Trump’s recent decision to recognize Yerushalayim as Israel’s capital.

Donald Tusk, president of the European Council, also tweeted at an EU summit on Thursday that the EU’s position on Yerushalayim — which is that the city should be the capital of both Israelis and Palestinians — remains unchanged.

Last week Trump announced that the United States was recognizing Yerushalayim as Israel’s capital and moving its embassy there from Tel Aviv. The declaration departed from decades of U.S. policy that the fate of Yerushalayim should be decided through negotiations and caused international uproar.