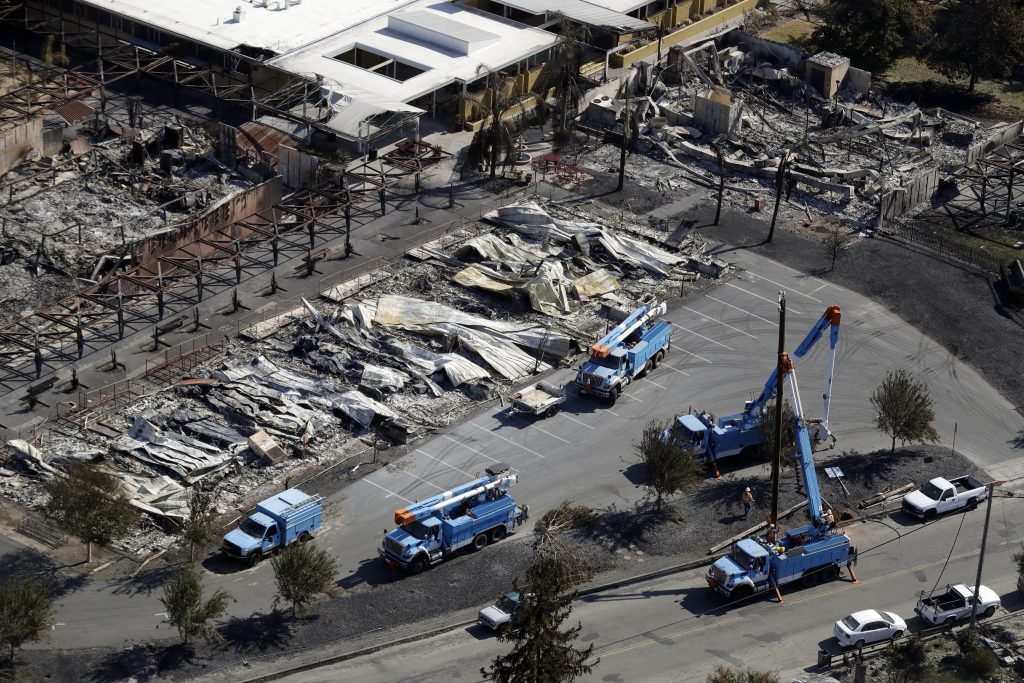 California utilities may face tougher safety rules for power lines, phone lines and utility poles in parts of the state most prone to wildfires.

Under the proposed rules being considered Thursday by the California Public Utilities Commission, tree branches would have to be kept farther away from power lines, newly installed lines would have to be spaced farther apart from each other and utility companies would have to fix many safety problems in areas of high-fire risk before making repairs in lower-risk zones. Those repairs would have to follow a set timetable, taking no longer than six months in extreme fire-risk zones.

The rules would change utility company operations across wide swaths of the state deemed to have a higher risk for wildfires.

The agency first began considering the issue after a devastating series of Southern California wildfires in 2007, which were tied to swaying and arcing power lines, some of which even fell down during heavy winds.

Though the cause of several fires that together killed 44 people in Northern California wine country this fall has not been determined, investigators are looking into whether power lines toppled by high winds may have played a role.

Utility companies have been consulting with the PUC on the development of the rules being considered Thursday.