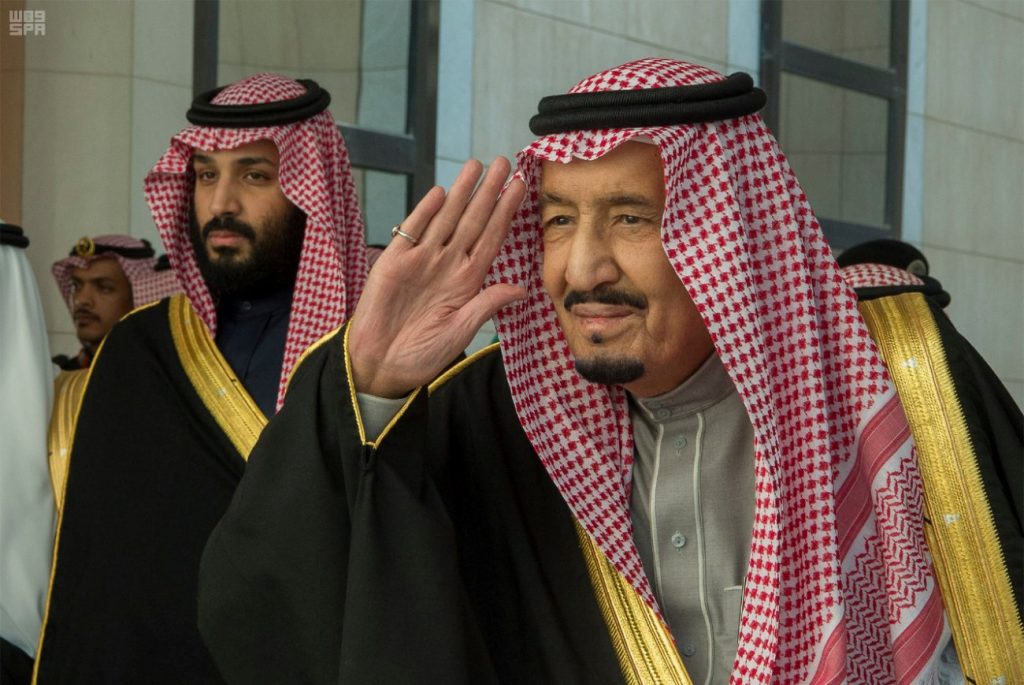 In early November, the king’s son and heir, Crown Prince Mohammed bin Salman, oversaw the unprecedented arrest of top princes, businessmen and officials allegedly involved in corruption. Many have agreed to pay undisclosed sums in exchange for their release.

“We are determined to confront corruption fairly and firmly,” the king said.

The crown prince, backed by his father, has pushed through a number of dramatic social reforms this year, including a decision to allow women to drive next year, lifting a ban on movie theaters and granting girls access to physical education and sports in public schools. These are all moves that had been criticized in the past by the grand mufti and other ultraconservative Saudi clerics.

King Salman emphasized in his speech that Saudi Arabia will not contradict the principles of its faith as it “moves forward on the path of development and modernization.”

His speech comes as the country prepares to distribute cash assistance to low-income families as part of a new welfare system ahead of more subsidy cuts to drive down government costs in the face of sustained lower oil prices.

Ali Rajhi, general manager of the welfare program called “Citizen’s Account,” said in a press conference aired on Saudi TV that more than 3.7 million families had applied for assistance, representing more than 13 million people — or more than half the Saudi population. He said not all would qualify.

The Saudi-owned Al-Arabiya reports that a family of six with a monthly of income of around $2,300 would receive a monthly payout of around $320 under the scheme.

The first payments will be made Dec. 21 before the government raises prices on electricity, fuel and gas.

The kingdom previously lifted subsidies on electricity and fuel in late 2015, implemented a sin tax on tobacco and soft drinks this year and is introducing a 5 percent value added tax in January on most consumer goods, like food and services.

On foreign policy, King Salman reiterated the kingdom’s stated commitment to a Palestinian state with eastern Yerushalayim as its capital.

“I repeat the kingdom’s condemnation and strong regret over the U.S. decision on Jerusalem for its relinquishment of the historic rights of the Palestinian people in Jerusalem,” he added.

He also made a veiled reference to rival, Iran, without naming the Shiite power, saying the country is working to counter interference in the affairs of Gulf Arab countries.