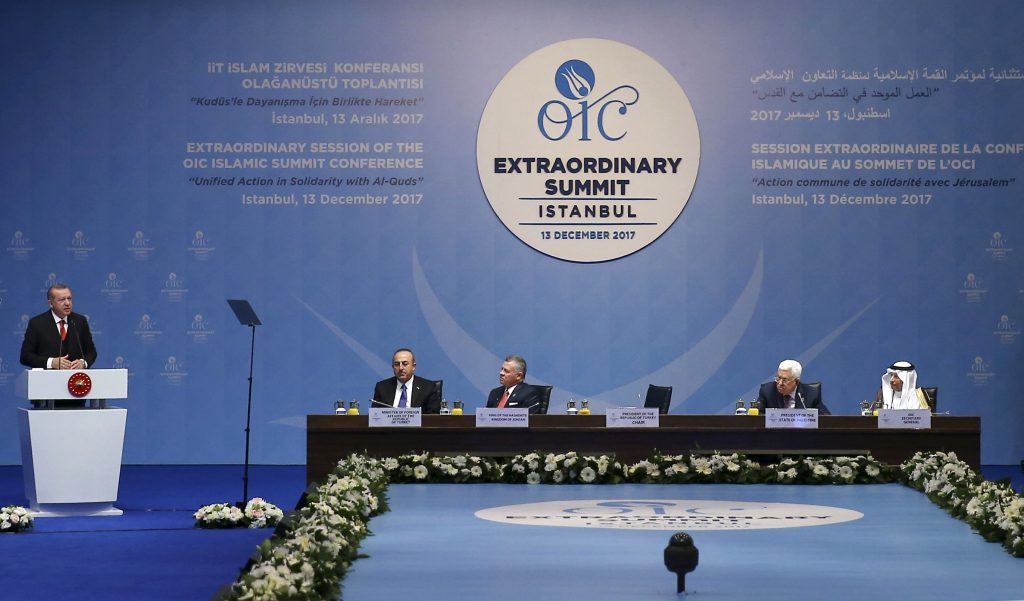 Turkey’s President Tayyip Erdogan said on Wednesday that the United States could no longer be a mediator in efforts to end the Israeli-Palestinian conflict after its decision to recognize Yerushalayim as the capital of Israel.

“From now on, it is out of the question for a biased United States to be a mediator between Israel and Palestine, that period is over,” Erdogan told a news conference after a meeting of the Organization of Islamic Cooperation in Istanbul.

“We need to discuss who will be a mediator from now on. This needs to be tackled in the U.N. too,” Erdogan said.

Palestinian President Mahmoud Abbas said on Wednesday the Palestinians will “go to the United Nations Security Council” to seek full U.N. membership after the U.S. move.

Abbas did not elaborate on how the Palestinians intended to become a full member state.

Erdogan’s statement reflected a draft declaration prepared for the Muslim leaders on Wednesday which said they considered Washington’s decision to recognize Yerushalayim as the capital of Israel as a sign of U.S. withdrawal from its role as a sponsor of Middle East peace.