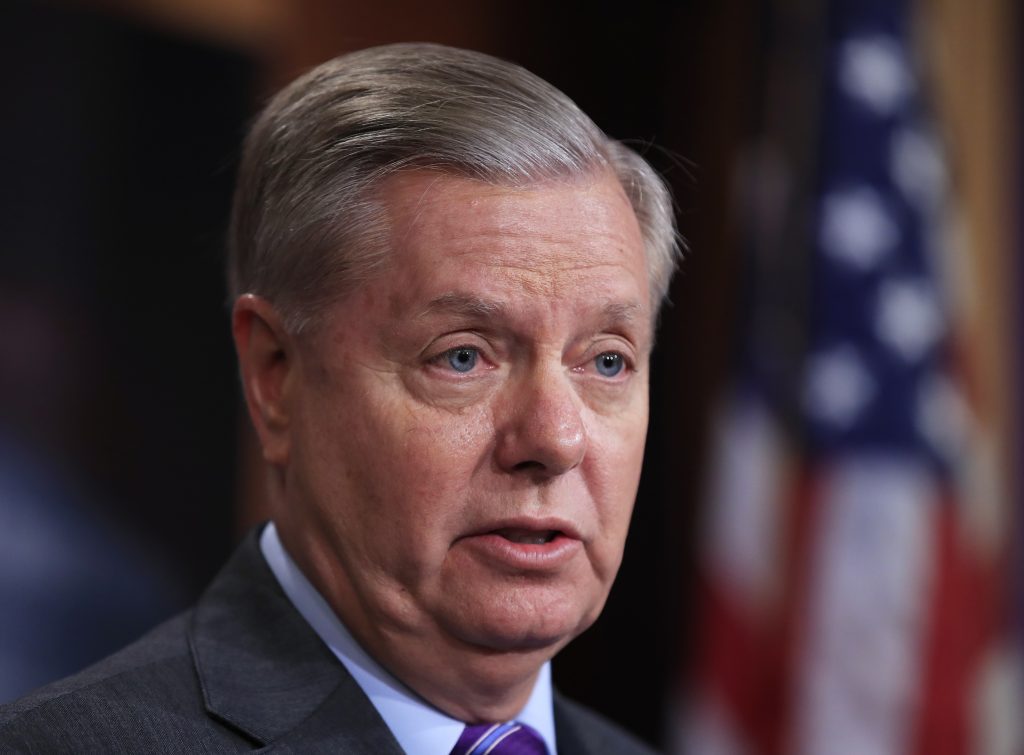 Sen. Lindsey Graham is in a pivotal position to help craft a deal to help keep 800,000 young immigrants in this country.

The South Carolina Republican enjoys unique access to President Donald Trump that virtually none of his colleagues share. He receives regular calls from Pres.Trump on his cellphone. On Sunday, Graham joined the president for a round of golf in Palm Beach, where immigration was the main topic of discussion.

Graham downplayed his influence on the commander in chief, saying he was one of many lawmakers Pres. Trump regularly rings up for a “temperature check” on the news of the day.

But Graham, who endured verbal abuse from Pres. Trump throughout the 2016 presidential campaign, has emerged as the senator Pres. Trump calls the “Down-The-Middle-Guy” who can offer blunt assessments of the diciest policy debates and help the president understand political dynamics from all sides.

In the days ahead, Graham could end up serving as a bridge between his Capitol Hill colleagues and Pres. Trump, who has said he has plans to end the Deferred Action for Childhood Arrivals Program in March. He has asked Congress to come up with a legislative remedy.

Publicly, the White House is demanding strict changes to current immigration law and increased border security in exchange for sparing current DACA beneficiaries from deportation. In private negotiations, the president has indicated a willingness to cut a deal.

That dynamic has created some chaos on Capitol Hill, where multiple working groups, on both sides of the aisle and in both chambers, are working furiously to come up with a proposal they can sell widely. Each group is convinced Pres. Trump could wind up on their side.

That’s where Graham, who has worked on immigration policy with Democrats and Republicans for years, could be crucial.

Graham and Sen. Jeff Flake, R-Ariz., Senate Democratic Whip Dick Durbin of Illinois and Sen. Michael Bennet, D-Colo., are pushing for a plan that includes the DREAM Act, which gives DACA recipients a pathway to legal status. It has support from members of both parties.

Flake told McClatchy that Graham’s line to Pres. Trump was important to their efforts.

“Lindsey has the closest relationship with the president out of all of us, certainly,” Flake said.

The Monday after the golfing excursion at Mar-a-Lago, Pres. Trump’s Florida retreat, Graham returned to the Senate with perhaps the most up-to-date set of demands.

Graham’s readout of Pres. Trump’s wish list, which he appeared to endorse, isn’t the final word. And until Pres. Trump offers more clarity, several groups of lawmakers from other corners of the Capitol are continuing to explore different fixes.

One group of Senate Republicans has offered a proposal they say boosts border security significantly while giving Democrats a DACA solution many of that party’s negotiators have supported in the past. That proposal, unveiled by Senate Majority Whip John Cornyn, R-Texas, was panned by Senate Democrats.

Republicans want changes in how to handle chain migration, which allows citizens and people with green cards to secure visas for their family members.

Many conservatives fear chain migration would to lead to an expansion of immigration in the United States. If each DACA recipient has the ability to bring family members with them to live legally in the country, opponents argue the immigrant population would become out of control.

Democrats contend that the policy is a cornerstone of the country’s immigration laws, and changing it would run counter to American values. While a compromise could include revising the policy to apply to immediate family or just children, and exclude more distant relatives, like cousins, even that would go well beyond what Democrats said they’d accept in exchange for a DACA fix. Democrats want few if any changes to the current immigration system.

On Tuesday afternoon, Democratic Senate Leader Chuck Schumer of New York was optimistic about reaching a deal before the end of the year.

Democratic aides said Graham was helping them get closer to a deal before the end of the year — if he can rally support from conservatives in his party.

Flake agreed that lawmakers were “getting close.”

Graham, when asked if he thought lawmakers could seal the deal by the end of the year, would only say, “I hope so.”