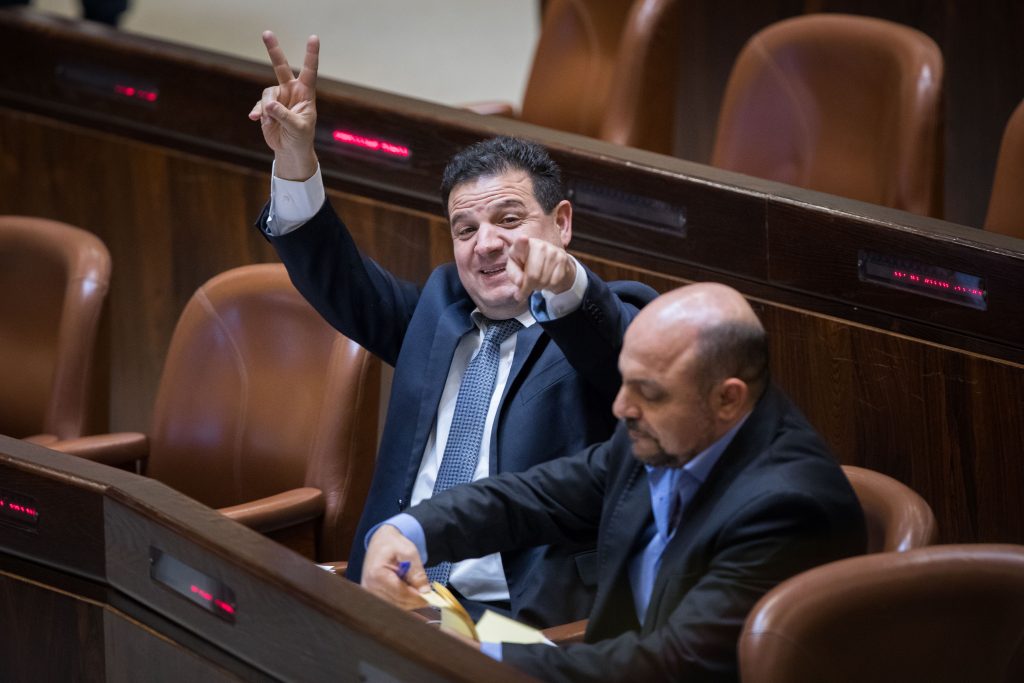 Arab members of the Knesset are joining the Palestinian Authority in a boycott of U.S. Vice President Mike Pence on his visit to Israel next week.

Joint (Arab) List leader Ayman Odeh issued a statement on Wednesday saying his party will not attend Pence’s address in the Knesset on Monday “to send a clear message to the U.S. administration and the world that there are citizens here who strongly oppose Trump’s declaration and to clarify that the U.S. has lost its place as the exclusive mediator of negotiations.”

The message echoed the declaration of Turkish President Recep Tayyip Erdoğan at a press conference following an Islamic leaders summit in Istanbul on Wednesday. Erdoğan said they will deliberate in coming days over a replacement for the U.S. as the traditional mediator.

“West Jerusalem will be recognized as Israel’s capital by the whole world as soon as the government of Israel recognizes East Jerusalem as the capital of the Palestinian state,” added Odeh.

Last week the Palestinian Authority announced it would not meet with Pence. In response to the snub, the White House accused the Palestinians of “walking away” from peace efforts.

“It’s unfortunate that the Palestinian Authority is walking away again from an opportunity to discuss the future of the region,” Jarrod Agen, Pence’s deputy chief of staff, said in a statement.