Israel Abbas: Trump ‘Granted’ Yerushalayim to Israel ‘Like It Was an American City’
Israel 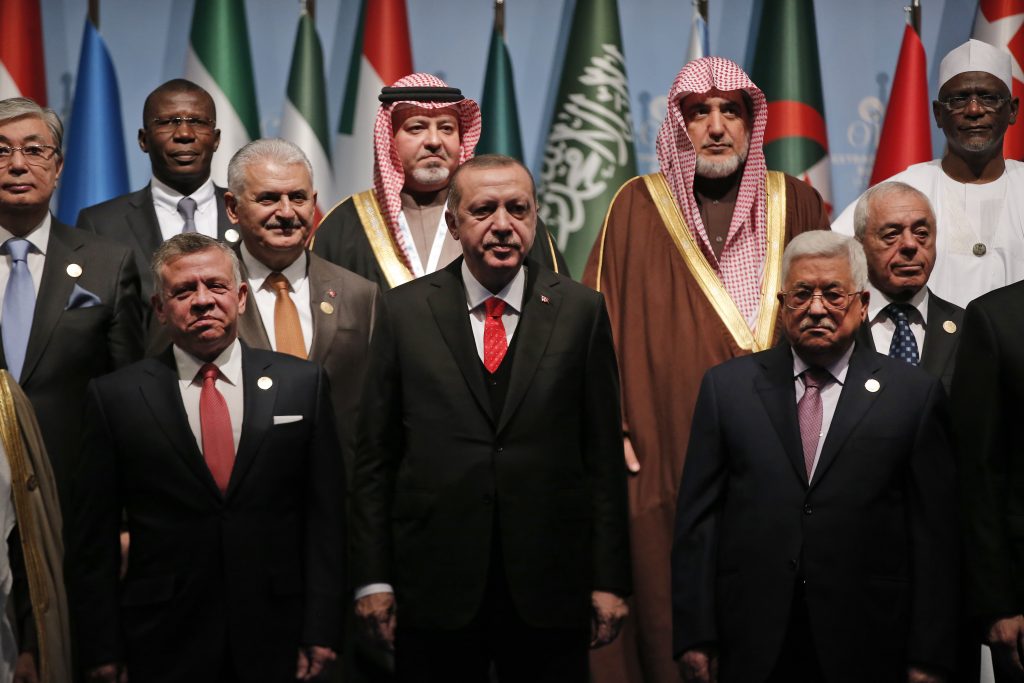 Palestinian Authority chief Mahmoud Abbas said Wednesday that U.S. President Donald Trump “gave the Arabs a slap in the face, the biggest of the century,” for his announcement that the U.S. recognizes Yerushalayim as Israel’s capital. Abbas warned that the recognition announcement would empower radical Islamist groups. “Al-Quds [the Arabic term for Yerushalayim] was and will always be the capital of the Palestinian state, the jewel in the Palestinian crown.” The United States, he added, “will no longer be involved in the diplomatic process. This decision is a great crime and a major violation of international law.”

Abbas was speaking at an event organized by Turkish leader Recep Tayyip Erdogan as an “Islamic response” to Pres. Trump’s announcement. In his remarks, Abbas said that Pres. Trump “granted Yerushalayim to the Zionists as if it were an American city. But for the first time, the entire world has gathered to oppose him. Even Britain, Canada and Australia are against him.”

Erdogan opened the event by saying that “Israel received a prize, even though it commits war crimes through its excessive use of power against Palestinians. The decision of Trump ignores our history, and is in violation of international law. As long as there is no just solution to the Palestinian issues, we cannot talk about the concept of world peace.”

Also participating in the conference is Hamas top terrorist Khaled Mashaal. A number of Arab countries, including Egypt and Saudi Arabia, are not represented at the conference, Haaretz reported. Iran expressed its support for the event, saying that Yerushalayim “is Muslim territory, and will remain the capital of the Palestinians. We will never forget this important and holy purpose. Al-Quds and the Temple Mount are important symbols for us Muslims, as well as for Christians and Jews. The ones who do not belong in the land are the Zionists. Before them, Muslims, Jews and Christians lived peacefully in the land for centuries.” Pres. Trump’s decision “is illegal and unacceptable,” because the city “does not belong to any one country. This land belongs to the Muslims.”