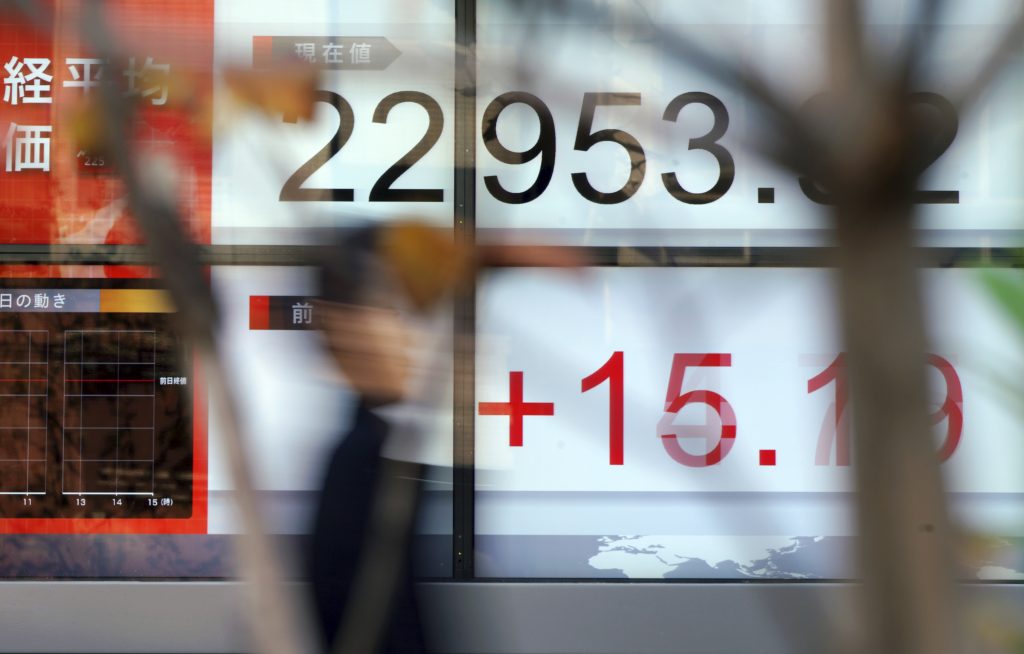 World stocks turned higher in European trading hours on Tuesday as investors looked ahead to a slew of central bank decisions, including the Federal Reserve, which was expected to raise interest rates.

FEDERAL RESERVE: The Fed is expected to lift short-term interest rates by 0.25 percent on Wednesday, the third interest-rate hike by the central bank this year. While inflation has remained low, the central bank has seen a path to gradually raise rates as the economy and labor market have strengthened. The European Central Bank and the Bank of England will have policy announcements on Thursday, but neither is expected to change rates, leaving the focus on their economic forecasts.

ANALYST VIEWPOINT: Mizuho Bank writes in a commentary that “2018 might be a year that interest rates normalization can finally proceed apace, not only in the U.S., but also the rest of the world,” adding, “The risk is that further policy normalization in the U.S. or eurozone could either draw capital away from economies that cannot follow the normalization cycle, or prompt some correction in housing prices for those that do follow.”

CHINA: Investors are watching for details from an annual economic planning conference in Beijing that will set the pace for reforms and growth in the world’s second-largest economy. The state-run Xinhua News Agency reported Friday that President Xi Jinping told fellow leaders that the focus should shift to quality of life and improve innovation and competitiveness. Worries over possible moves to curb property market speculation were overshadowing trading on Tuesday.

BITCOIN: Bitcoin futures rose on their first day of trading on a major U.S. exchange, with the first-ever futures contract gaining 20 percent to close at $18,545, according to data from Cboe Global Markets. The price of an actual bitcoin has soared since it began the year below $1,000 and was at $17,083 as in European trading on Tuesday, according to Coindesk.

ENERGY: Energy prices rose on reports of the shutdown of a pipeline that brings in oil and gas from the North Sea. Brent crude, the international standard for oil, climbed 90 cents to $65.59 per barrel, having earlier hit $65.69, its highest since 2015. It added $1.29 the day before. Benchmark U.S. crude gained 45 cents to $58.44 per barrel in electronic trading on the New York Mercantile Exchange. It advanced 63 cents on Monday.