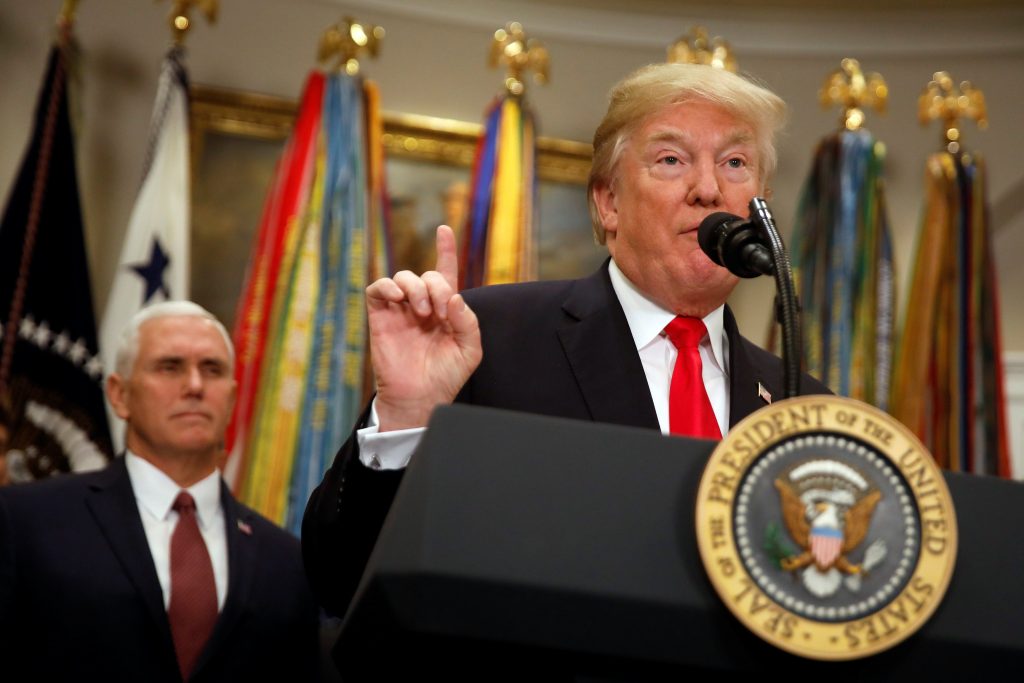 But there’s a catch. The $700 billion budget won’t become reality until lawmakers agree to roll back a 2011 law that set strict limits on federal spending, including by the Defense Department — and they haven’t yet.

Trump called on Congress to “finish the job” and eliminate the cap on defense spending before he signed the bill at the White House.

“I think it’s going to happen,” said the president, joined by Defense Secretary Jim Mattis, Joint Chiefs of Staff Chairman Gen. Joseph Dunford and other senior military leaders. “We need our military. It’s got to be perfecto.”

He urged Democrats in Congress to quit threatening to shut down the government and “send clean funding and a clean funding bill to my desk that fully funds our great military. Protecting our country should always be a bipartisan issue, just like today’s legislation.”

Many Republicans favor easing the caps for defense spending only. Democrats also want increases in other government spending.

Trump also used the event to address a separate threat when he repeated his call to overhaul U.S. immigration law following Monday’s blast in a New York City subway passageway. It was the second incident authorities have described as terrorism in New York City since late October.

Trump vowed to end both immigration programs quickly. “The lottery system and chain migration, we’re going to end them fast,” he said, calling on Congress to “get involved immediately.”

The 2018 defense bill allots about $634 billion for core Pentagon operations and nearly $66 billion for wartime missions in Afghanistan, Iraq, Syria and elsewhere. The funding boost pays for more troops, jet fighters, ships and other weapons needed to halt an erosion of the military’s combat readiness, according to the bill’s backers. It also grants troops a 2.4 percent pay raise, slightly higher than what the Pentagon sought.

The defense legislation includes $12.3 billion for the Pentagon’s Missile Defense Agency and orders a more rapid buildup of the nation’s missile defense capabilities “as we continue our campaign to create maximum pressure on the vile dictatorship in North Korea,” Trump said.

McCain issued a written statement afterward that called on Congress and the White House to work “expeditiously” on a budget agreement that secures the increased $700 billion for the military following years of spending cuts.