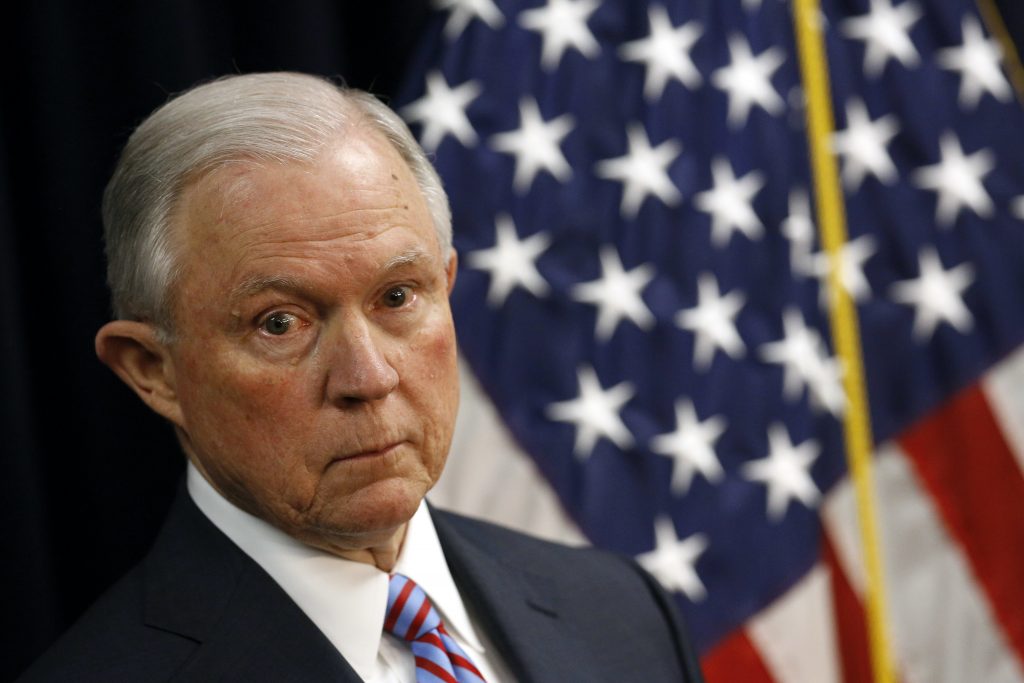 U.S. Attorney General Jeff Sessions said on Tuesday that an attack on the New York City subway system showed in the “starkest terms” that the failures of the U.S. immigration system are a national security issue.

Speaking at a news conference with the new chief of Homeland Security, Sessions said two terrorist attacks in New York in recent months were each carried out by men who were in the U.S. “as a result of failed immigration policies.”

Sessions called anew on Tuesday on Congress to strengthen immigration laws and said President Donald Trump’s administration was taking steps to more strictly enforce immigration law. Among those steps, he said, the administration has hired 50 immigration judges since January and plans to hire another 60 over the next six months to manage a backlog of cases that have “overwhelmed” the U.S. immigration system.

Sessions also said the immigration caseload has tripled since fiscal 2009, but that “under President Trump, we have already taken steps to bring down the backlog in cases.” He also said border crossings by undocumented immigrants are now at their lowest level in 45 years, but vowed “that number can be zero.”

Sessions spoke at the news conference with the new secretary of Homeland Security, Kirstjen M. Nielsen. She said U.S. law enforcement is redoubling efforts to sweep up members of MS-13 and other violent gangs that have spread from Latin America, adding their violence will not be tolerated within American communities.

She noted that MS-13 members are suspected of committing high-profile slayings in Maryland, Virginia and New York — at least one of those attacks just miles from the nation’s capital. A hallmark of the gang, which has ties to Central America, is repeated slashes to a victim’s body.

The MS-13 gang has become a prime target of the Trump administration amid its broader crackdown on immigration. Authorities said a national sweep in October netted more than 200 members.

Sessions afterward told reporters he had cast an absentee ballot in Tuesday’s special U.S. Senate election in Alabama but declined to specify who he voted for, saying he values “the sanctity of the ballot.” The winner takes the seat Sessions held before he was tapped by Trump to become attorney general.

“The people of Alabama are good and decent and wonderful people I’ve been proud to serve for 20 years in the Senate, and they’ll make the right decision, I’m sure,” Sessions said after the news conference.

When asked if he stood by comments made last month to the House Judiciary Committee that he had “no reason to doubt” those who have accused Moore of misconduct, Sessions said: “I answered the question as I knew it at the time.” He did not make any further comment on Tuesday.

Republicans hold a narrow 52-48 Senate majority. A routine election in Republican-dominated Alabama wouldn’t be expected to alter that balance because Alabamians haven’t sent a Democrat to the upper chamber of Congress since 1992. Trump notched a 28-point win in Alabama in 2016 and remains popular in the Deep South state.