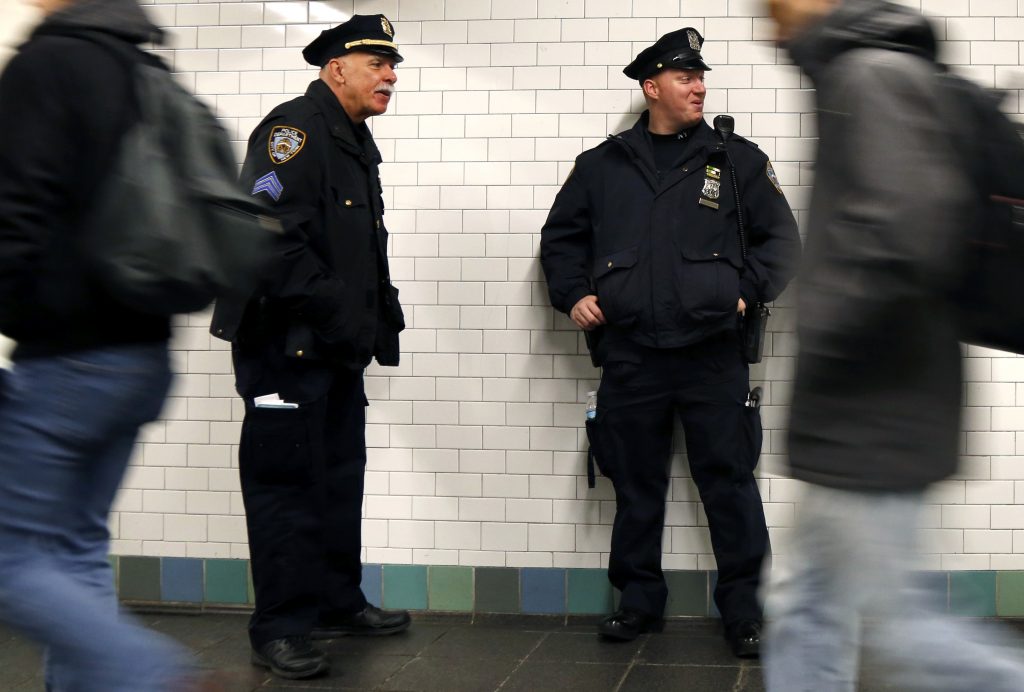 The underground passageway at the Times Square station where the homemade device went off Monday was crowded with commuters a day later. The only sign of Monday’s explosion was in increased police presence, including a badge-wearing German shepherd named Omar.

Riders said they had no qualms about returning to the station where authorities say Akayed Ullah set off the bomb.

“I just feel like New York City is a resilient city and you just go on with your life and do the best you can,” said Jennifer Farinas, whose daily commute involves a bus from Secaucus, New Jersey, to the Port Authority Bus Terminal near the targeted station and then the subway to her marketing job. “Anything can happen, anytime, anywhere; you just have to be aware.”

Maintenance worker Jorge Garcia said he didn’t think twice about getting on the subway at the Times Square station.

“I’m used to it,” Garcia said. “I already went through 9/11. I was about three blocks away when the World Trade Center came down.”

Sammy Baron said that his bus from New Jersey arrived at the terminal about 20 minutes after the explosion on Monday and that people were still running from the scene.

But Baron took the same bus Tuesday and transferred to the subway to his Manhattan banking job. “Life continues,” he said.

Ullah was the only person seriously injured in the explosion in the block-long walkway. Three other people complained of hearing loss and headaches.

Ullah, 27, remained hospitalized Tuesday and it was unclear whether he would be well enough to appear in court to face federal terrorism charges.