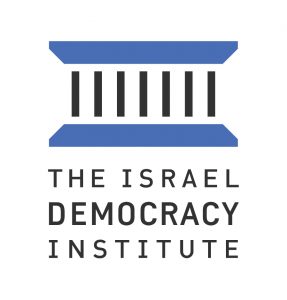 With the prime minister facing a slew of corruption allegations, the peace process at a standstill and the government battling media critics, it is no secret that Israel is a deeply polarized nation. But a new survey released on Tuesday shows just how divided the country has become.

The annual Israeli Democracy Index found that 45 percent, or just under half of Israelis, believe the country’s democratic system of government is in serious danger. But the survey found very different sentiment among different parts of the population.

Just 23 percent of Jewish right-wing and religious voters, the base of support for Prime Minister Binyamin Netanyahu’s government, fear that Israel’s democracy is in danger. Yet among Jewish left-wing voters found in the opposition that number jumps to 72 percent, even higher than the 65 percent of Arab citizens of Israel who feel that way.

According to Tuesday’s survey, sponsored by the Israel Democracy Institute, nearly three-quarters of Jewish right-wing voters believe “the leftist judiciary, media and academia interfere with the elected right wing’s ability to rule.” On the other hand, 79 percent of secular Jews believe “the religious population is gradually taking control of the state.”

Yohanan Plesner, president of the IDI, a respected think tank, said the country is riven by “fundamental differences of opinion,” not only between Arabs and Jews and not only on questions of security.

“Within the Jewish Israeli public, deep and ongoing disagreements exist regarding the proper balance between Jewish and democratic values of the state,” he said.

The survey found widespread dissatisfaction with the country’s politicians. It reported that 68 percent of all respondents felt that Knesset members do not perform their duties properly, and 80 percent believe politicians are more concerned with their own interests than those of their constituents.

Yet, there was a startling inconsistency between perceptions of public figures versus the country as a whole, about which respondents were much more positive.

Tamar Hermann, an Israeli professor who led the research, acknowledged that while the dissatisfaction levels were similar to last year’s survey, this year there was a marked increase in people who believe the country’s overall situation is good, to 48 percent from 36.5 percent last year. Nearly three quarters of Israelis are satisfied with their personal situations.

Hermann, academic director of the institute’s Guttman Center for Public Opinion and Policy Research, said this contrast was striking.

The study interviewed 1,024 people and had a margin of error of 3.1 percentage points. The margin increased to 3.4 points for Jewish respondents and 7.9 points for the smaller Arab sample size. The research was conducted in May, but took months to analyze and publish. Hermann said, however, that public opinion on such issues is “pretty stable.”