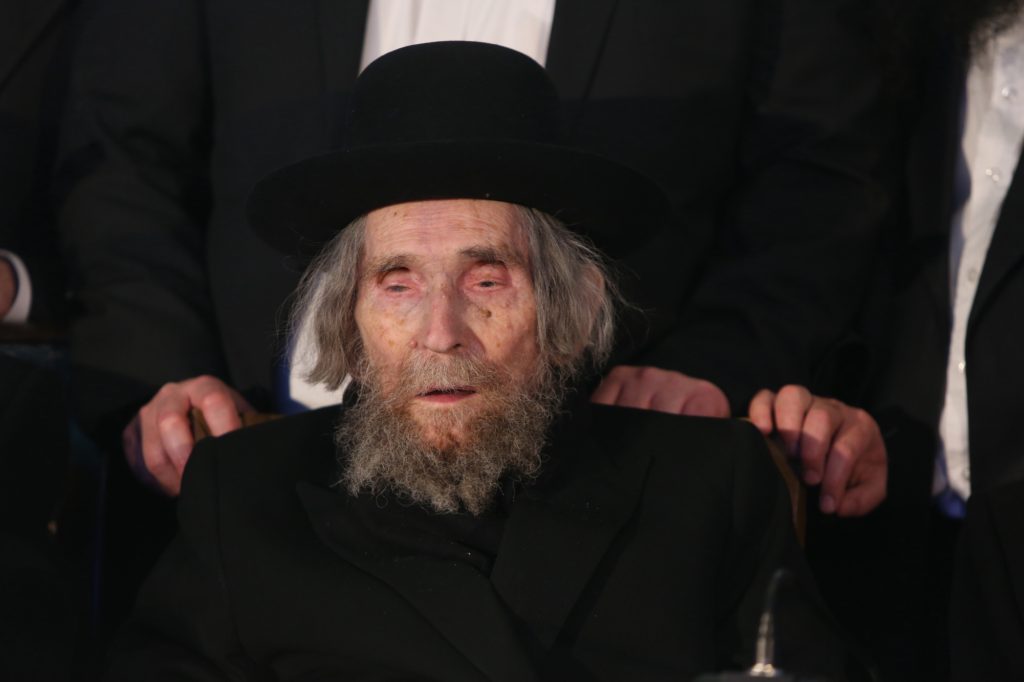 It was with great sadness that Klal Yisrael has learned of the petirah of Maran the Rosh Yeshivah Hagaon Harav Aharon Leib Steinman, zt”l, at the age of 104.

Harav Aharon Leib had been in relatively good health until he was hospitalized several weeks ago. Klal Yisrael undertook fervent tefillos for the senior gadol, until his neshama was returned to its Creator, shortly before 8:00 a.m. Tuesday at Maayanei Hayeshua Hospital in Bnei Brak.

The levayah will be held at noon Tuesday in front of the Rosh Yeshivah’s home on Rechov Chazon Ish in Bnei Brak. Kevurah will be in the Ponevez cemetery.

In accordance with the Rosh Yeshivah’s tzava’ah, no more than six hours will have elapsed between the petirah and kevurah.

Hagaon Harav Gershon Edelstein, shlita, called on all bachurim from yeshivos ketanos and yeshivos gedolos from across Israel to take part in the levayah.

The police, together with Hatzolah, MDA and other organizations are dealing with the logistics of the levayah.