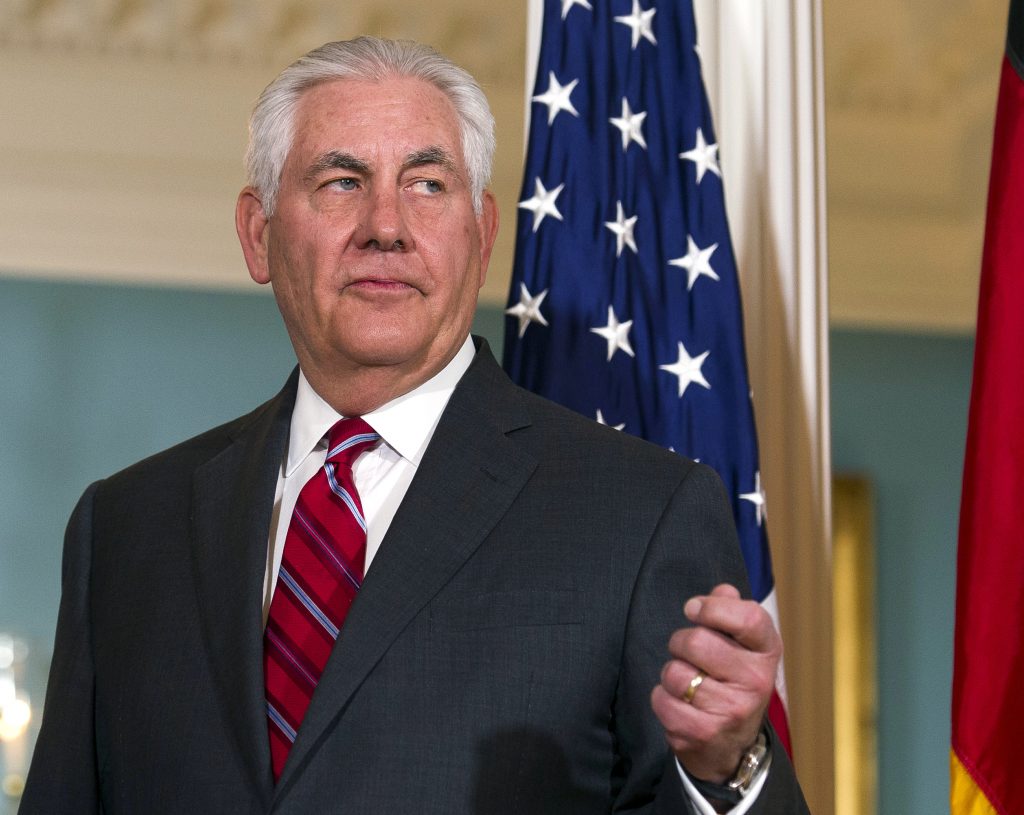 WASHINGTON (AP) – Seeking to reassure American diplomats amid low morale, Secretary of State Rex Tillerson unveiled changes Tuesday to the State Department that he said would help workers perform better and position the United States to advance its interests overseas.

At a town hall meeting with the diplomatic corps, Tillerson conceded that there are deep concerns about his planned overhaul and that progress on key foreign policy priorities has been slow. As the first year of the Trump administration concludes, Tillerson has faced questions about his leadership as White House officials suggest he may soon be replaced.

“Do we have any wins to put on the board? No. That’s not the way this works,” Tillerson said. “Diplomacy is not that simple.”

Still, he said the Trump administration had made more progress than previous administrations in pressuring China over North Korea’s nuclear weapons program and was working aggressively to use a flawed nuclear deal to hold Iran accountable.

Yet it was Tillerson’s designs for the State Department and its workforce of 75,000 around the world that brought stone-faced diplomats to a Washington auditorium to hear from Tillerson directly what changes are in store.

The secretary was interrupted twice with rounds of applause — first, when he announced that his widely unpopular hiring freeze would be lifted in 2018 for “eligible family members.” U.S. diplomats have complained that freeze created a hardship for diplomats whose spouses often seek employment at the same overseas post.

There was applause again when Tillerson said a streamlined process will ease the delay in approving security clearances so that workers can begin duties. Other changes will allow teleworking for those on medical leave and eventually move the department’s notoriously outdated computer systems into the “cloud,” so that workers can communicate and collaborate digitally regardless of location.

Tillerson sought to rebut rumors that have spread virulently in the State Department, fueling poor morale. He said it’s untrue he plans to shutter any U.S. embassies, though he acknowledged some missions — including Paris, London and Rome — would likely be downsized as personnel are reallocated to parts of the world with more pressing crises.

Often undermined by President Donald Trump in his first year, Tillerson has insisted he has no plans to leave, even after White House officials floated a plan in recent weeks to replace him with CIA Director Mike Pompeo. Asked by a worker whether he likes his job, Tillerson paused and chuckled, before saying he has the grim, critical task of ensuring U.S. diplomats overseas don’t get killed.