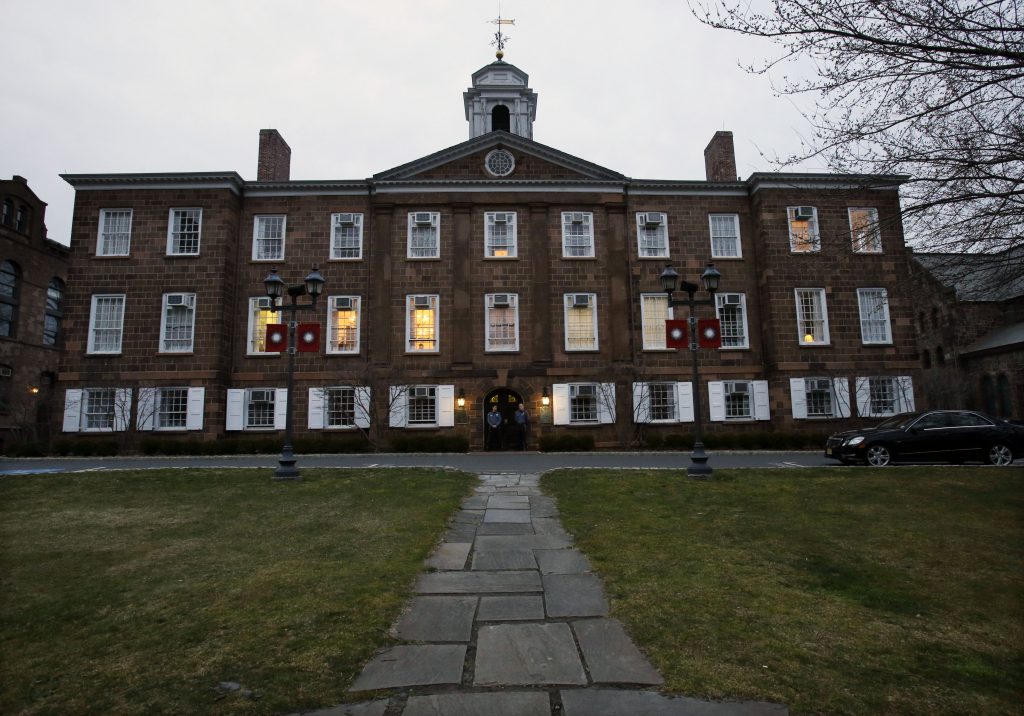 Rutgers University removed a professor accused of posting anti-Semitic statements on social media from his position as a director at the New Jersey school.

Michael Chikindas will no longer serve as director of the Center for Digestive Health at the Institute for Food, Nutrition and Health, Rutgers President Robert Barchi said Friday. The tenured food science professor was also barred from teaching required courses and will take cultural sensitivity training courses.

Barchi called the situation “sad and deeply troubling.” He said the university is seeking further disciplinary action against the professor through the faculty union.

Chikindas shared over a period of several months anti-Semitic cartoons along with conspiracy posts that claimed 9/11 was orchestrated by Jews, according to university administrators.

Administrators said the posts “perpetuated toxic stereotypes” and were upsetting to Jewish students and staff at the university. The professor will be subject to ongoing monitoring “if and when” he returns to teaching, Barchi said.

Chikindas claimed his account was hacked and denied the posts were anti-Semitic. He previously told NJ.com he does not identify himself as an anti-Semite.

“It is my lifelong credo that all people are born equal regardless of their ethnicity, religion and wealth,” the professor said in October.

Chikindas joined the university as a professor in 1998. He became tenured in 2007.