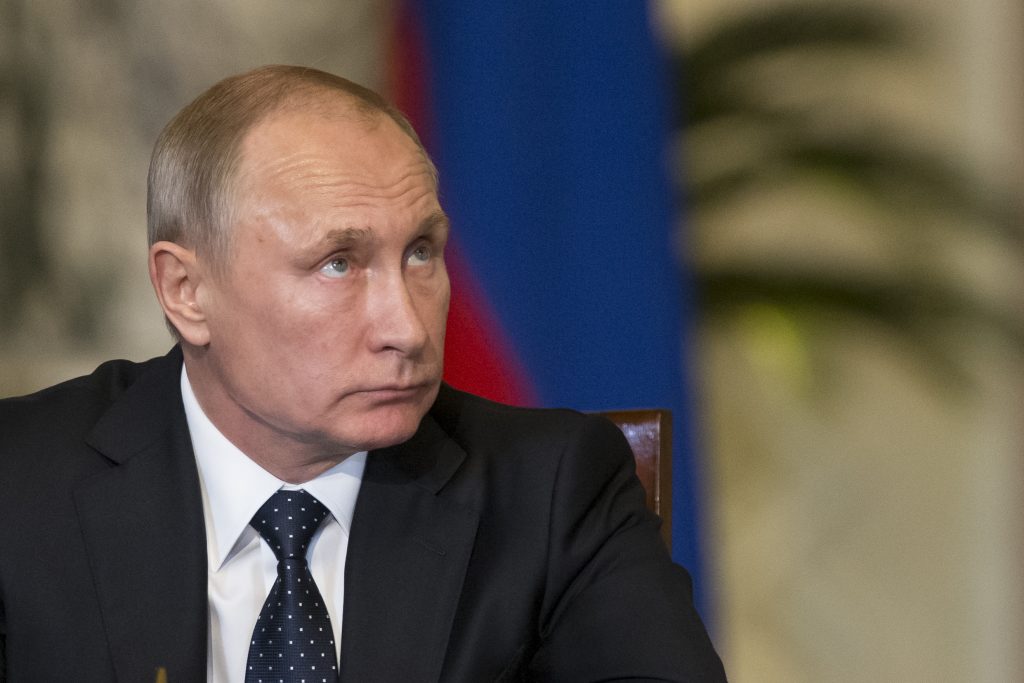 Russian president Vladimir Putin said on Monday any steps that pre-empt a possible agreement between Israel and the Palestinians are counter-productive and destabilizing.

He was speaking after a meeting with Egyptian President Abdel Fattah el-Sissi in Cairo.

Meanwhile, Egypt detained eight protesters and accused them of “association with a terrorist organization” after they took part in a small demonstration against President Donald Trump’s decision to recognize Yerushalayim as the capital of Israel, a rights lawyer said Monday.

Khaled Ali said that the protesters were arrested on Friday in front of the Egyptian Press Syndicate in downtown Cairo.

Ali said those detained are accused of links to the Muslim Brotherhood group, which was officially branded a terrorist organization after the military overthrew an elected Islamist president in 2013.

The detainees also face charges of inciting protests and violence, and will be held for 15 days pending investigation, the prosecutor’s office said in a statement, without elaborating.

In Beirut on Monday, the leader of Hezbollah, Sayyed Hassan Nasrallah, said the group and its allies in the region would renew their focus on the Palestinian cause after what he called their victories elsewhere in the region.

Nasrallah called on Hezbollah’s allies to put in place a united strategy “in the field” to confront Israel.

“Trump’s decision on al-Quds will be the beginning of the end of Israel,” he says using the Arabic word for Jerusalem.

He also urged the Palestinians to sever diplomatic ties with allies of Israel, and calls on Jordan and Egypt to repeal their peace treaties with Israel.

In Dubai, former Saudi intelligence chief Prince Turki al-Faisal has criticized President Trump’s declaration, in one of the sharpest reactions emanating from the U.S.-allied kingdom.

In a letter to Pres. Trump published in a Saudi newspaper on Monday, Prince Turki, a former ambassador to Washington who now holds no government office but remains influential, called the move a domestic political ploy which would stoke violence.

“Bloodshed and mayhem will definitely follow your opportunistic attempt to make electoral gain,” Prince Turki wrote in a letter published in the Saudi newspaper Al-Jazeera.