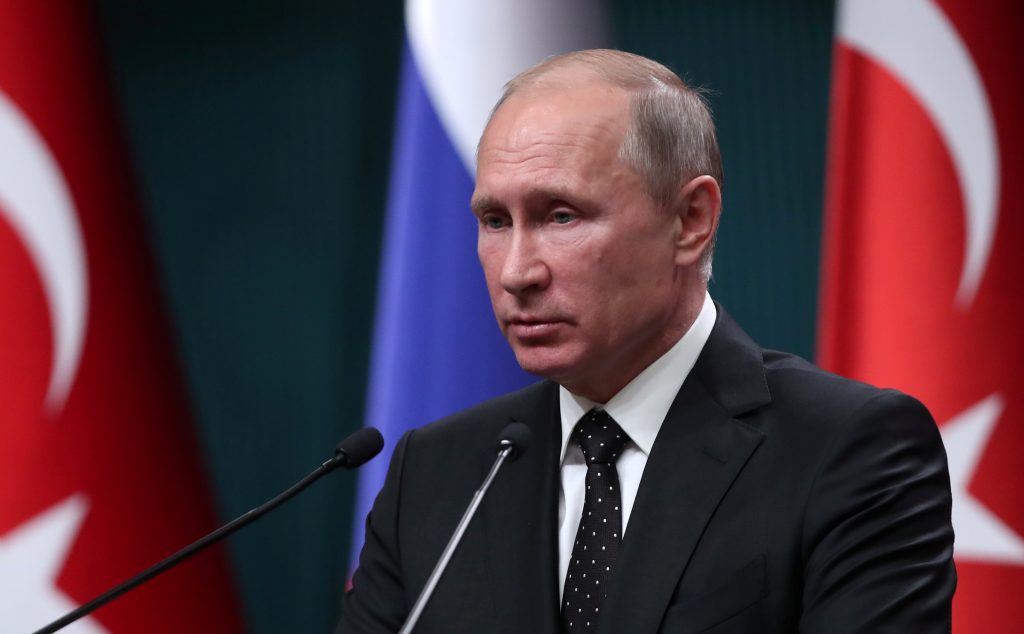 Russian President Vladimir Putin has criticized the U.S. recognition of Jerusalem as Israel’s capital, warning that it could destabilize the region and derail the Middle East peace process.

Speaking Monday after a hectic day that took him from a Russian base in Syria to Cairo and Ankara, Putin said the U.S. move “doesn’t help the Mideast settlement and, just the other way round, destabilizes the already difficult situation in the region.”

The Russian leader added that it may “finish prospects for the Palestinian-Israeli peace process.”

He added that Moscow believes that the status of Jerusalem should be settled through talks between the Palestinians and Israel in line with United Nations resolutions.

The Palestinians claim east Jerusalem as the capital of their future state.