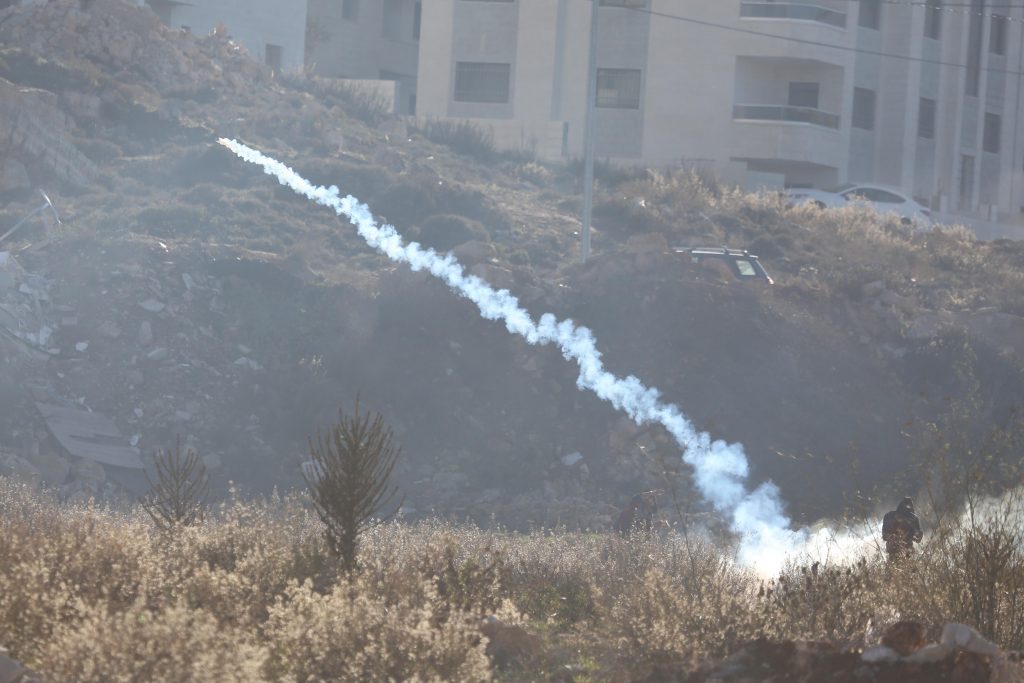 Police on Monday arrested three Arabs for participating in riots over the weekend in Wadi Ara, in northern Israel. The Arabs, two of whom were age 20 and one age 30, were charged with disorderly conduct, refusing to obey police orders, and incitement. The three were arraigned in a Hadera court Monday, where police plan to ask for an extension of their remand.

Arabs in Wadi Ara, like in many parts of the country, rioted over the recognition last week of Yerushalayim as the capital of Israel by the U.S., as announced by President Donald Trump. Arabs blocked Road 65, a main thoroughfare through Wadi Ara, throwing blocks and rocks at Israeli vehicles. In one incident, a mob of Arabs threw rocks at an Israeli bus, injuring the driver and two passengers.

Arabs early Monday fired at an Israeli bus on Road 60 near the village of Ein Yabrud, outside Ramallah. No one was injured in the incident. IDF soldiers began a search for the terrorist shooters, and discovered several bullet casings that will be used to trace the weapons used in the attack.