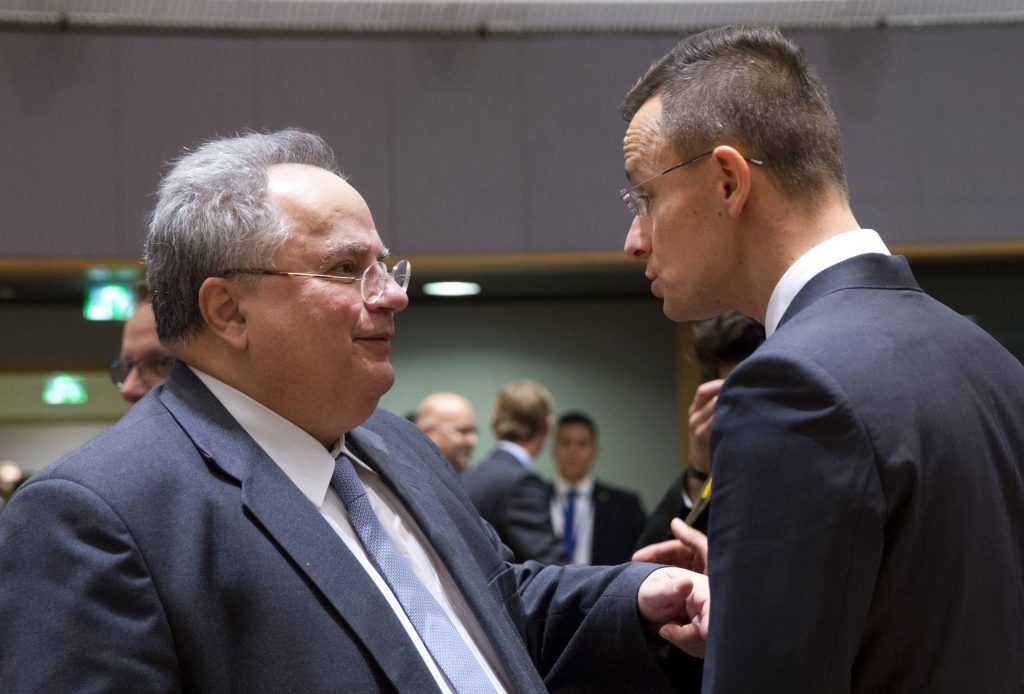 Israeli Prime Minister Benjamin Netanyahu warned on Monday that if Iran is allowed to realize its ambitions in Syria, it will result in regional conflagration.

“If Iran makes good on its threat, it will do so by utilizing 80,000 Shiite fighters, which will cause religious wars to erupt again,” Netanyahu said in a press briefing shortly before returning to Israel after his meetings with European Union officials in Brussels, Ynet reported on Monday night.

It was a somber conclusion to a head-on confrontation with his European critics.

Upon his arrival for the informal talks in Brussels, Netanyahu said he expected “all or most” European countries would follow the U.S. lead in recognizing Yerushalayim as the capital of Israel.

However, in a two-hour meeting, EU foreign policy chief Federica Mogherini told Netanyahu it was not to be.

“He can keep his expectations for others, because from the European Union member states’ side, this move will not come,” she said afterwards, adding that the bloc — the Palestinians’ largest donor — would stick to the “international consensus” on Yerushalayim.

Nevertheless, Netanyahu described the talks with the foreign ministers of “almost all of the 28 EU member states” as “respectful from both sides.”&

“I stressed we have to find a new discourse on the region,” Netanyahu told the ministers and then urged them to “stop pampering the Palestinians.”&

“I think the Palestinians need a reality check. You have to stop cutting them slack. That’s the only way to move forward towards peace,” the prime minister asserted.

On the plane to Yerushalayim after the meetings on Monday, Netanyahu told reporters that he was asked whether he accepts the two-state solution, and that he replied by asking the ministers what kind of state the second one would be:

“Would it be Costa Rica or Yemen?” The former is a stable democracy in Central America, while the latter is in a state of war-blighted anarchy.

Netanyahu said he told the EU ministers that Israel insists on ironclad security arrangements and that the Palestinians recognize Israel as a Jewish state. The refusal to recognize a nation-state for the Jewish people in any boundaries, he said, is the source of the Israeli-Palestinian conflict, not territorial disputes.

“It’s time to say these things,” Netanyahu told the reporters. “I said that without addressing the root of the conflict, we will remain without progress.”