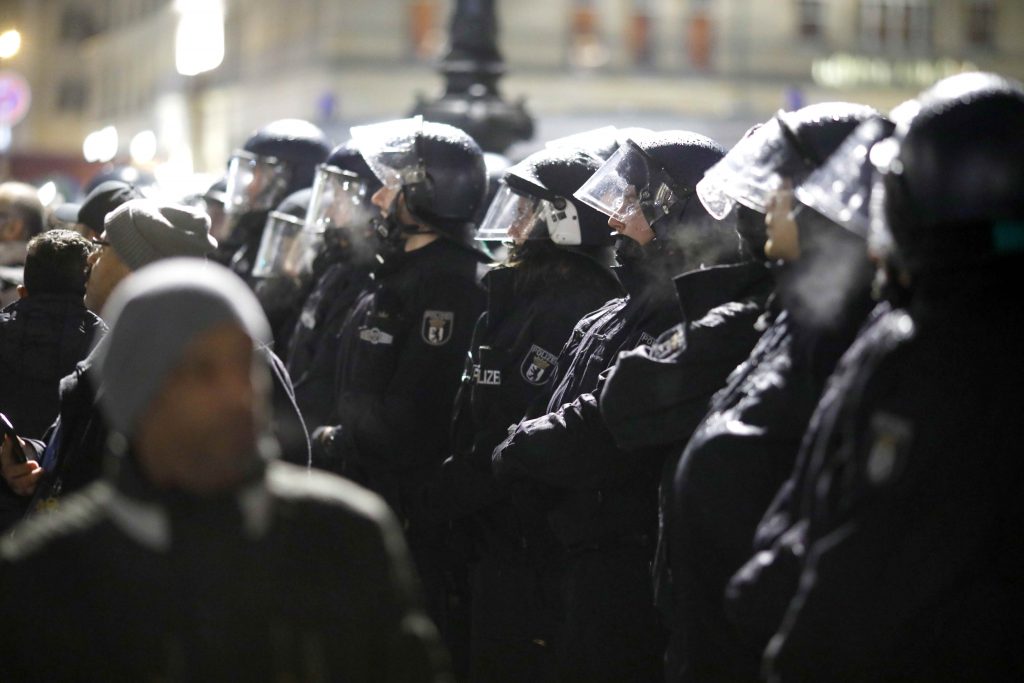 Chancellor Angela Merkel said on Monday that U.S. President Donald Trump’s decision to recognize Yerushalayim as Israel’s capital did not justify the use of anti-Semitic slogans at rallies in Germany.

German police reported the burning of Israeli flags and use of anti-Semitic slogans at demonstrations against Pres. Trump’s move in Berlin and other cities.

Mrs. Merkel said that her government, which has criticized pres. Trump’s declaration, would fight xenophobia with full force.

“We condemn all kinds of anti-Semitism and xenophobia, and no disagreements, not even over the status of Yerushalayim, justify such actions,” Mrs. Merkel told journalists after a meeting of the leadership of her Christian Democratic Union (CDU).

“It’s shameful when such open hatred of Jews is on display on the streets of German cities,” he told a regular government news conference.

“Our laws on freedom of expression and assembly guarantee everyone a right to peaceful protest, but this right is no free pass for anti-Semitic atrocities, for incitement and violence.”

On Sunday, about 2,500 people demonstrated in Berlin and one Israeli flag was burned, police said. They said they were investigating 11 people.

On Friday, hundreds of people gathered outside the U.S. Embassy in Berlin. Police said they had brought criminal charges against 12 people, including for burning Israeli flags.

Seibert said other “isolated” incidents had been reported in Munich and other German cities.

He also said it was wrong and unacceptable for Turkish President Tayyip Erdogan to have referred to Israel over the weekend as a “terror state.”

Germany’s foreign, justice and interior ministers have also condemned anti-Semitic acts and the burning of Israeli flags in interviews and on Twitter.

A Foreign Ministry spokesman said Germany’s ambassador to Kuwait had met Kuwaiti officials on Nov. 28 to discuss another issue that has raised concerns among Jewish groups.

A German court ruled last month that Kuwait Airways had the right to refuse to carry an Israeli passenger due to his nationality, saying German law forbade discrimination only on the basis of race, ethnic background or religion, not citizenship.