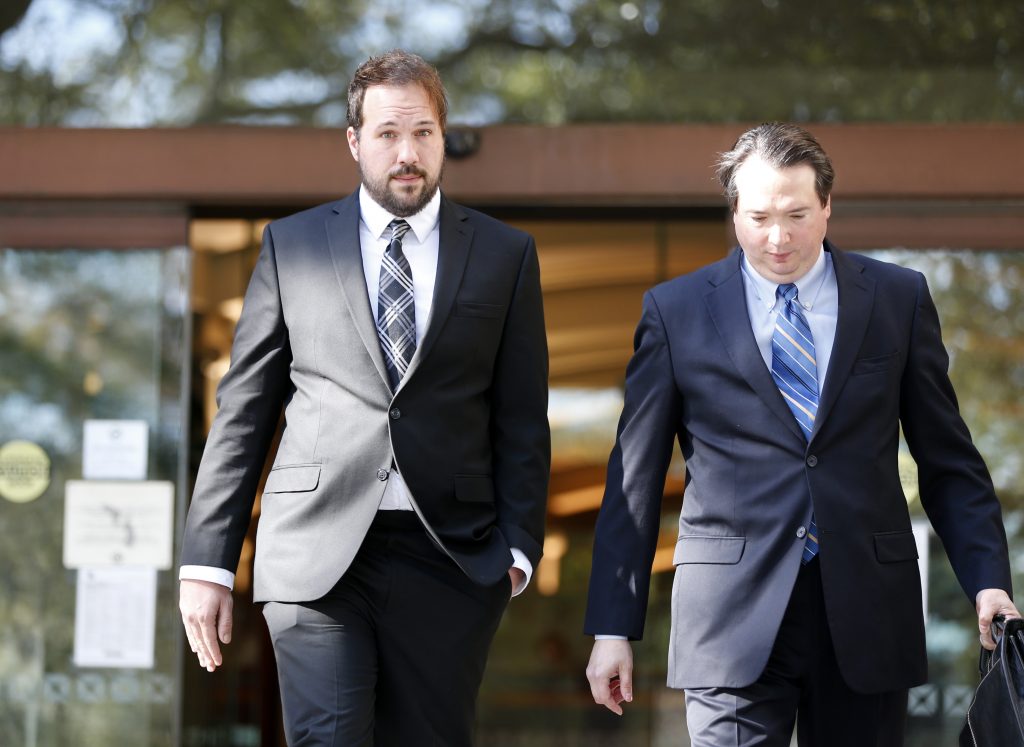 Jordan Hamlett, 32, faces a maximum sentence of five years in prison and a $250,000 fine following his guilty plea in federal court.

Authorities have said Hamlett failed in his attempts to get Pres. Trump’s tax information through a U.S. Department of Education financial aid website.

Pres. Trump has refused to release his tax returns, bucking an American tradition honored by every president since Jimmy Carter.

A court document accompanying Hamlett’s plea agreement says he used Pres. Trump’s Social Security number and other personal information to open an online application for federal student aid on Sept. 13, 2016. After obtaining a username and password, he tried to use an Internal Revenue Service data retrieval tool to obtain Pres. Trump’s tax information, the document says.

“The defendant made six separate attempts to obtain the federal tax information from IRS servers, but he was unsuccessful,” says the document. It doesn’t specify how much of Pres. Trump’s tax information could have been retrieved with the online tool.

Hamlett, a Lafayette resident, was indicted in November 2016. His trial had been scheduled to start this week, but the judge originally assigned to the case died on Saturday after a brief illness. U.S. District Court Judge John deGravelles, who inherited the case, didn’t immediately schedule Hamlett’s sentencing hearing.

Defense attorney Michael Fiser had argued Hamlett didn’t have any “intent to deceive” and simply tried “out of sheer curiosity” to discover whether Pres. Trump’s tax information could be accessed through the government website.

After Hamlett’s guilty plea, Fiser said his client “still has a long road ahead” as he awaits sentencing.

“We felt like, under the circumstances, it was time to accept full responsibility and move forward to get closure,” Fiser said.

Federal agents confronted Hamlett two weeks before last November’s election and questioned him in a Baton Rouge hotel lobby. At the time, the agents didn’t know if Hamlett had been successful, and they feared a public release of Pres. Trump’s tax returns could influence the election, according to a transcript of court testimony earlier this year.

“At that time, Anonymous had been established as people that have released some of President Trump’s personal identifying information and things of that nature,” Johnson testified.

Federal prosecutors had asked Judge James Brady to bar Hamlett’s lawyer from presenting a trial defense that he was acting as a benevolent “white hat” hacker. Brady, a senior federal judge who died Saturday at a Baton Rouge hospital, ruled last month that Hamlett couldn’t testify that he had a “good purpose” in attempting to test security flaws in the website.

Fiser said Hamlett had tried to call and notify the IRS about the flaws last September, on the same day he tried to electronically access Pres. Trump’s tax records.

Fiser said Hamlett liked to test security systems for weaknesses in his spare time and would notify system administrators if he found a system vulnerable to a security breach. Hamlett once discovered a security flaw that allowed for public access to the Livingston Parish Sheriff’s Office’s “raw” reports on open investigations and exposed personal information about police officers.

“Hamlett tipped the sheriff’s office to the flaw and was met with thanks and appreciation, not an arrest,” his attorney wrote in a recent court filing.

After his indictment, Hamlett was arrested again in August for allegedly violating conditions of his pretrial release. Prosecutors said he committed “numerous violations,” including hacking into email and social-media accounts of a man at the request of the man’s wife.