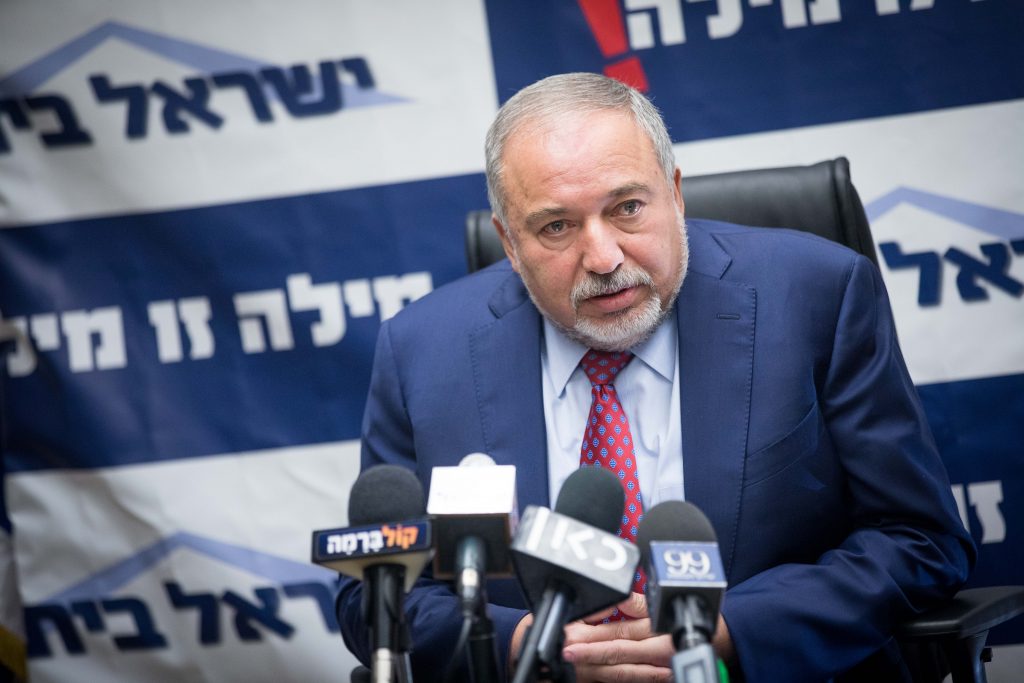 Defense Minister Avigdor Liberman railed at Arab MKs in the Knesset plenum on Monday, telling them they are sitting there “by mistake” and will soon “go back to Gaza, with Hamas, or Ramallah,” The Times of Israel reported.

The outburst came in response to a no-confidence motion proposed by the Joint List entitled “The government promotes a policy based on war crimes.”

Liberman, who is also chairman of the Yisrael Beytenu party said: “Every day in the Middle East, about 400 people are murdered in Arab countries, nearly one thousand wounded. In Yemen, 160 people a day are murdered. Does someone care? Look at how many terrorist attacks there are every day. Does someone talk about war crimes? Those who are sitting here, they are war criminals. The whole Joint List is [made up of] war criminals.”

This caused some Joint List MKs to walk out.

On Sunday, Liberman incurred censure from MKs on the right and left for calling on Israelis to boycott Arabs in Wadi Ara.

Liberman urged Israelis to “boycott Umm el-Faham” and “make clear to residents of Wadi Ara that they are not wanted here.”

He made the comments in the wake of weekend rioting in Wadi Ara, the largely Arab area in northern Israel where three people on a bus were injured by rock-throwing Arabs in demonstrations against the announcement by U.S. President Donald Trump that he recognized Yerushalayim as Israel’s capital.

Also on Monday, the defense minister acknowledged that the northern home front is not adequately prepared for the threat of war.

Cities and communities in the north are “not prepared as they should be,” Liberman said, noting the lack of public bomb shelters in those areas.