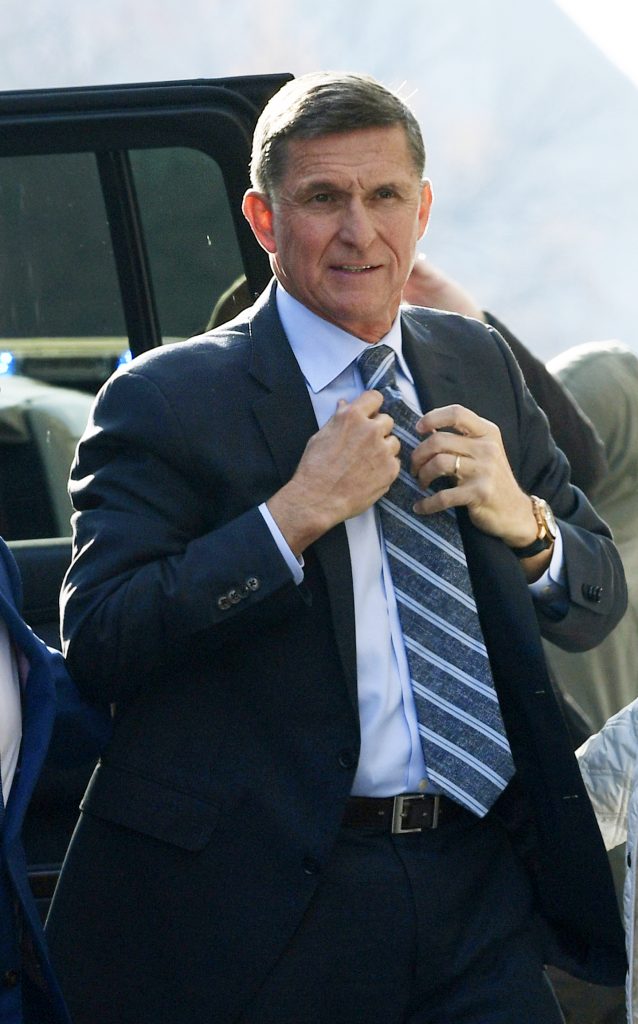 An investment firm that once hired Michael Flynn has denied he sent text messages during President Donald Trump’s inauguration indicating U.S. sanctions would be “ripped up” so a nuclear reactor project in the Middle East involving Russian interests could proceed.

The firm, however, cited only one set of cell phone records to show that there were no text messages between Flynn and the firm’s managing director on Inauguration Day. That leaves open the possibility that Flynn relied on other devices or private messaging applications.

Before becoming White House national security adviser, Flynn was advising ACU Strategies on a project to build nuclear reactors in the Middle East that had been stymied by sanctions targeting Russia.

Last week, Maryland Democrat Rep. Elijah Cummings said a whistleblower reported that ACU’s managing director boasted on Inauguration Day that he had exchanged texts with Flynn indicating that the project was “good to go” and that U.S. sanctions hobbling the project would be “ripped up.”

Cummings, the top Democrat on the House Oversight and Government Reform Committee, said the account raised serious questions about the blurring of Flynn’s private and public interests.

Flynn, who spent a month as Pres. Trump’s top national security aide before he was fired by the new president, pleaded guilty 10 days ago to lying to FBI agents about his conversations with Russia’s ambassador about the Obama administration’s Russia sanctions.

Flynn is now cooperating with Special Counsel Robert Mueller’s probe into Russia’s alleged meddling in the 2016 presidential election. Cummings said last week in a letter to House Oversight committee chairman Trey Gowdy, R-S.C., that his staff had informed Mueller’s office about the whistleblower’s account and delayed making the information public “until they completed certain investigative steps. They have now informed us that they have done so.”

On Monday, Cummings’ staff released his response to Cochran’s denial, questioning whether the text message billing records it cited covered all communications on Jan. 20 between Flynn and Copson. Cummings noted that Copson could have messaged with Flynn through encryption applications that would not reveal the texts in billing statements.

“Of course, it is possible that you were using a messaging application that does not generate a telephone company record. It is possible that the website printout that you provided does not reflect all text messages,” Cummings said to Copson. Cummings urged Copson to allow House investigators to question him “to help resolve these questions.”

It was also not clear whether Flynn had been provided a government cell phone by the inauguration or owned a private cell phone with another number — or whether Copson was using another phone at the time.

Both Copson and Cochran worked with Flynn starting in 2015 when the former U.S. Army lieutenant general joined up with ACU in its plan to build dozens of reactors in the Mideast with aid from Russian and other international firms. Copson has said that his firm provided Flynn with a $25,000 check — left uncashed — and paid expenses for Flynn’s 2015 trip to the Mideast to aid the project.

Cochran said that Copson sent only two messages and received only one message on the day of Pres. Trump’s inauguration. None came from a cell phone that Flynn used when he worked for the firm in 2015 and 2016, Cochran said.