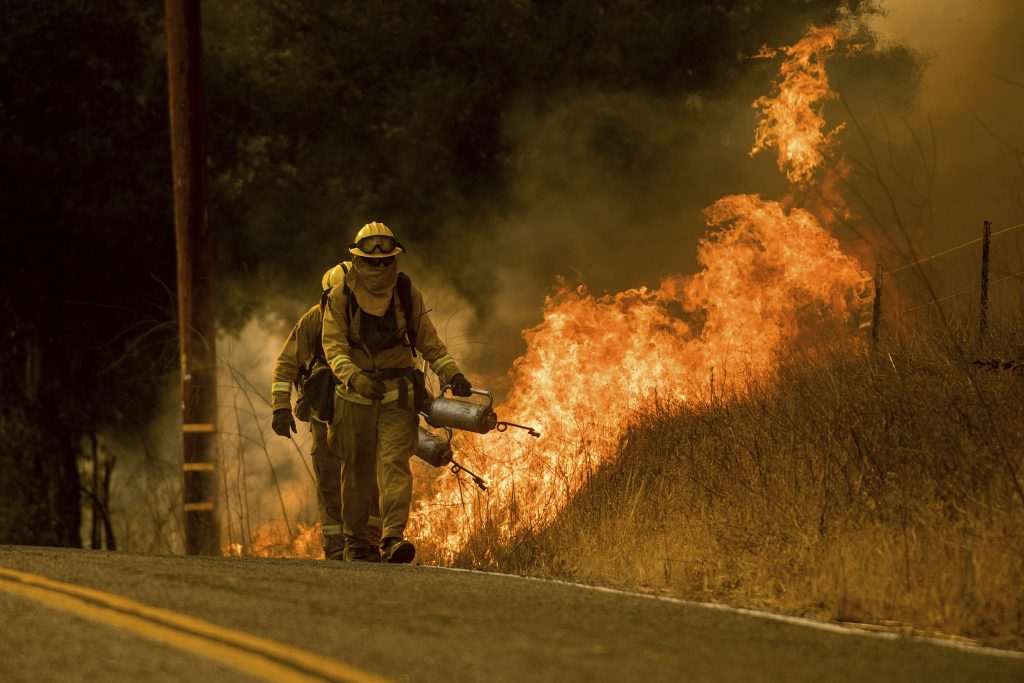 Crews battling a massive wind-driven California wildfire that has torched nearly 1,000 buildings and charred an area larger than New York City on Monday struggled to protect communities menaced by flames along the state’s scenic coastline.

The Thomas Fire ignited a week ago and has burned 230,500 acres in Ventura and Santa Barbara counties, about 100 miles northwest of downtown Los Angeles.

Firefighters were contending with severe weather as the fire expanded into Santa Barbara County, threatening the communities of Montecito and Summerland, the California Department of Forestry and Fire Protection (Cal Fire) said in a statement.

Santa Ana winds and the rugged mountainous terrain have hindered firefighters as they battle the blaze, which has destroyed 644 homes and 138 outbuildings and damaged another 187 buildings, officials said.

The fire was 15 percent contained, up from 10 percent on Sunday night. The Thomas Fire grew on Sunday by 56,000 acres and made a run of 7 miles, Concialdi said.

Nearly 6,397 firefighting personnel are working on the blaze, which is the fifth-largest wildfire on record in California, according to Cal Fire.

Santa Barbara Mayor Helene Schneider, speaking by phone, said winds have calmed a bit, keeping the fire in the hills outside of the city. The fire was not spreading quickly, but it also is not clearing out smoke.

“Every where you go, you see people wearing the masks,” said Schneider.

A layer of ash is also gathering over the city, she said.

The mayor said public schools in Santa Barbara and some school systems nearby have canceled classes this week and will not reconvene until the annual winter break is completed in January.

Some of the other fires burning over the past week in San Diego and Los Angeles counties have been largely controlled by the thousands of firefighters on the ground this week.