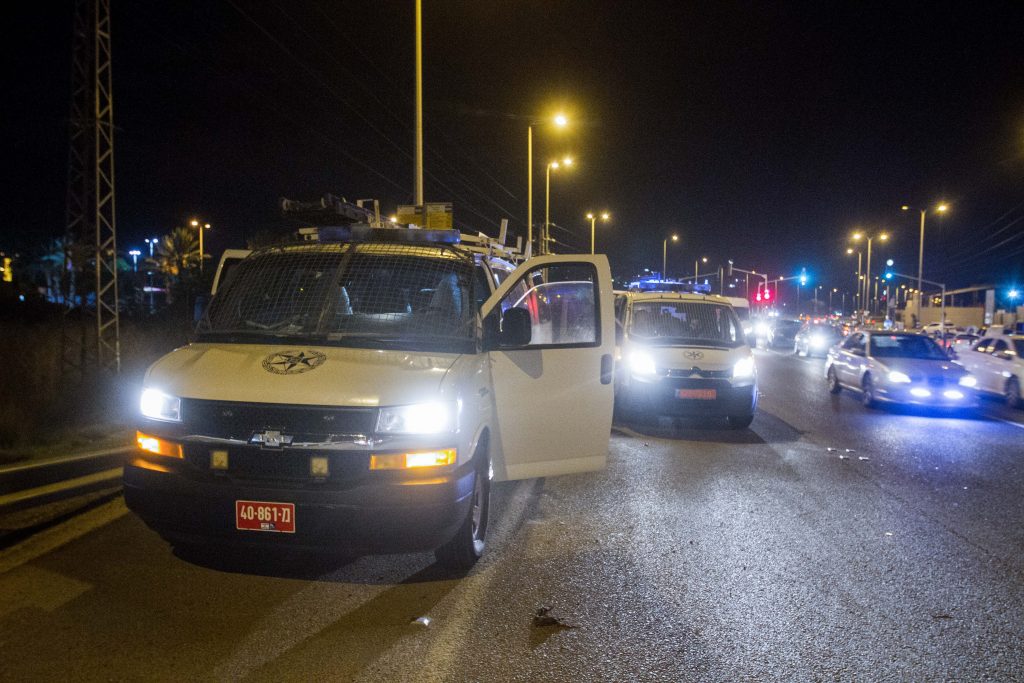 Security officials termed the security situation “quiet but tense” Sunday, after a weekend of rioting throughout the country by Arabs. School is open in Sderot Sunday, but officials have dispatched teams of psychologists to help students deal with increased fears in the wake of the weekend rocket attack on the southern Israeli town. Officials on Motzoei Shabbos said that they had discovered a second Kassam rocket that was fired at the city Friday night – this one unexploded that, b’derech nes, hit the sandbox of a kindergarten, which apparently prevented the rocket from exploding.

Three rockets were fired from Gaza on Friday evening, with the Iron Dome system intercepting one, and another hitting a street in Sderot, exploding and damaging several vehicles. In response to the Gaza rocket fire, IDF forces hit Hamas targets in Gaza. Hamas claimed that two Gazans were killed and 25 injured in the Israeli strikes. IDF Southern Command head General Yoav Mordechai warned Hamas against continued strikes against Israel. “In recent days irresponsible individuals and groups have attempted to drag Gaza into conflict, and it is the residents of Gaza who will pay the price. Continued escalation will bring about a painful response from the IDF.”

Things were quiet on the Gaza border fence, in most of Yehudah and Shomron, and in Wadi Ara on Sunday morning, after a weekend of rioting over Wednesday’s announcement by U.S. President Donald Trump that he recognized Yerushalayim as Israel’s capital. Riots took place in several Arab cities in Palestinian Authority-controlled areas over Shabbos. Arabs threw stones and firebombs at IDF soldiers, who used anti-riot measures to break up disturbances. Soldiers opened fire on several rioters. Palestinians reported several injuries during the riots. Major riots occurred near Kever Rochel and on Salah a-Din Street in the center of Yerushalayim’s main Arab neighborhood. Security sources said that the rioting had calmed as night fell, and that it appeared that the crowds had expended much of their energy.

Things were also quiet, but tense, in Wadi Ara in northern Israel, where riots broke out on Shabbos. Hundreds of people demonstrated outside Kafr Kara, on Road 65, throwing rocks and stones at vehicles. Rioters targeted a bus in a rock attack, injuring a driver and two passengers. Rioters also blocked the road for several minutes. Smaller demonstrations took place in the Israeli Arab communities of Majd al-Krum, Taibe, Kafr Kana and in Haifa. United Arab List MKs participated in several of the demonstrations.

Overnight Motzoei Shabbos, security officials said they arrested 11 wanted security suspects in other areas in Yehudah and Shomron. The suspects were wanted for participating in rioting and throwing stones and firebombs that endangered Israeli civilians and IDF soldiers. Several of the suspects were also charged with belonging to Hamas. All were being questioned on their activities by security forces.