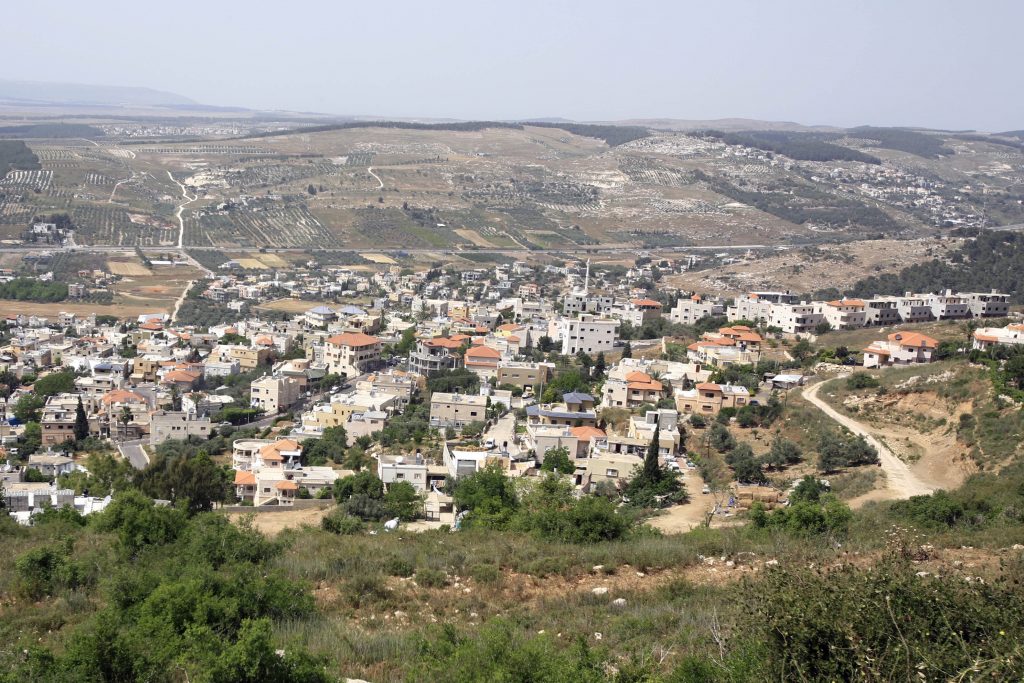 MKs on the right and left slammed Defense Minister Avigdor Liberman for comments earlier Sunday that called on Israelis to boycott Arabs in Wadi Ara. Commenting on what Liberman said in an interview with Army Radio, Zionist Camp MK Amir Peretz said that “the job of a leader is to calm things down, not make things more tense. We must work decisively to stop riots and arrest individuals who incite trouble, but you cannot accuse all Israeli Arabs for these riots. Most of them are responsible members of society, living as a minority in a Jewish, democratic state.”

In his comments earlier, Liberman urged Israelis to “boycott Umm el-Faham” and “make clear to residents of Wadi Ara that they are not wanted here.” Liberman made the comments in the wake of weekend rioting in Wadi Ara, the largely Arab area in northern Israel where three people on a bus were injured by rock-throwing Arabs in demonstrations against the announcement by U.S. President Donald Trump that he recognized Yerushalayim as Israel’s capital. Hundreds of Arabs demonstrated on Road 65, which runs through Wadi Ara throwing rocks and stones at vehicles. Rioters targeted a bus in a rock attack, injuring a driver and two passengers. Rioters also blocked the road for several minutes. Smaller demonstrations took place in the Israeli Arab communities of Majd al-Krum, Taibe, Kafr Kana and in Haifa. United Arab List MKs participated in several of the demonstrations.

“I have seen many Palestinian flags there, but I never saw an Israeli flag,” Liberman said of Wadi Ara. “With that level of hate and incitement, they belong under the control of Ramallah. I call on all Israeli citizens to boycott them. Do not enter their stores, do not buy from them. We must make them feel unwanted.”

Liberman has long sought to separate Wadi Ara from Israel proper. Liberman’s Yisrael Beytenu has promoted a peace plan that would see Israel annex Jewish communities in Yehudah and Shomron, in exchange for a land swap – that would see Umm el-Faham and other Wadi Ara communities, which border Palestinian Authority controlled areas, be transferred to the PA. The plan would not entail removing anyone from their homes, but rather moving the security fence that runs east of Umm el-Faham and other communities to the west side of town.

Zionist Camp MK Eyal Ben-Reuven also slammed Liberman. “Many of the Arab residents of Wadi Ara do not throw stones at anyone, and they seek to live productively in Israel. Of course there are ‘wild weeds’ who incite problems. But stereotyping Wadi Ara residents and turning them into enemies does not help anything, and harms Israeli security.”

But MKs on the right also criticized Liberman for the comments. Public Security Minister Gilad Erdan said on Army Radio that he did not approve of the comments. “I am no less rightwing than he is,” he said. “If his principle is to surrender all areas of the country that are majority Arab, then we must surrender Yaffo as well.”

Education Minister Naftali Bennett also derided Liberman’s comments. “He wants to give up Wadi Ara. How will we travel on Road 6,” asked Bennett in an interview with 103-FM, referring to the Trans-Israel Highway, which is the main north-south artery in Israel, and which crossed through Wadi Ara. “Shall we travel to the north via Palestine? That is what would happen if you give up Wadi Ara. Never have we in Israel surrendered territory because of rioting. We must be strong and maintain the rule of law.” Bennett also advised “creating a total differentiation between those who riot and work against the state, and those who want to be part of Israel.”